Why Do Men Dominate Chinese Politics? 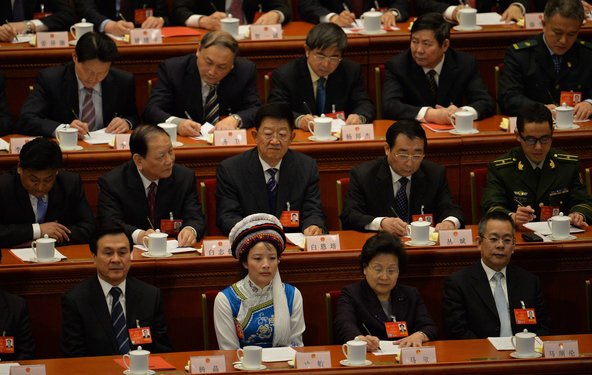 Although women in China haven begun combating gender discrimination in the workplace, they continue to play a peripheral role in the political domain. Few women in China assume leadership positions and the number of women in the Communist Party’s Central Committee has fallen despite gender equality policies. The New York Times reports:

Chinese feminists and foreign journalists have written that there has never been a woman on the ruling Communist Party’s Politburo Standing Committee, that there is only one female provincial Communist Party secretary and one female provincial governor, and how the number of women in the party’s Central Committee has actually fallen, from 6.4 percent in the last session, which began in 2007, to 4.9 percent in the present session, which began in 2012.

“In any country there is a pyramid, with many people at the bottom and the numbers contracting as you rise. For men the pyramid is fatter in the middle, but for women, perhaps the higher you rise, the harder it is to rise,” she said, using her hands to show two shapes — a generous, inverted “U” for men, and a tighter, inverted “T” for women. “That’s the case in every country, not just in China.”

[…] “I am confident that when our quality, when we Chinese women have a bunch of really excellent-quality females, then the number of women in the top levels of government will rise,” she said. [Source]

Click through to read more about gender discrimination in China, via CDT.