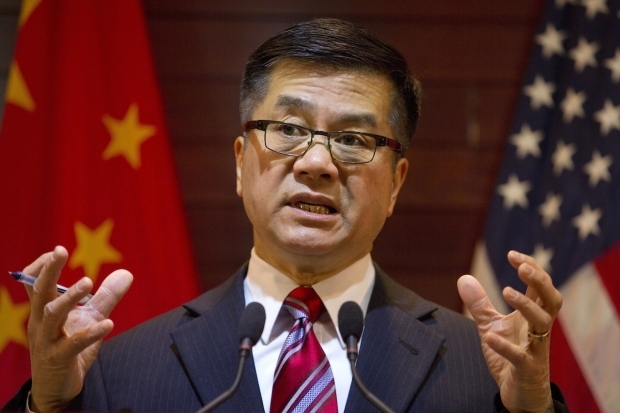 Kaiser Kuo: […] In the context of this regrettable editorial, which was as subtle as a barking doberman, “banana man” was meant with unmistakable malice—that Locke is a “race traitor” who lacks the political loyalty to the Chinese nation that his blood should somehow confer. This is of course naive nonsense, and the patent ridiculousness of that phrase should have been obvious even to a writer totally unfamiliar with the complexities of the American discourse on race. But while there will be many Chinese—indeed, already have been many—who will object to the editorial’s broadsides against Ambassador Locke, I suspect they’ll focus much more on the irony that state media would call out Gary Locke for living well but projecting everyman simplicity rather than on the “banana” comment, as many American commentators have. The expectation that anyone with a Chinese phenotype will have a “Chinese heart” to match, even at multiple generations of remove, is widespread in Chinese society. The plasticity of identity in multiethnic societies—that what you “owe” the race or the old country as, say, an American is entirely up to you—is still a fairly alien concept for most Chinese. We see this at work in the way Chinese law enforcement treats naturalized Chinese with U.S., Canadian, or Australian citizenship. It reminds us of the truth in what the late Lucian Pye said about China’s fundamentally civilizational notion of itself. […]

Hyeon-Ju Rho: Calling an Asian-American person a banana means, of course, that he is yellow on the outside, but white at the core. The banana critique suggests something interesting about the Chinese reaction to Gary Locke. Initially many thought that he might be easier to deal with than his predecessors because he was “one of us.” Disappointment set in when—surprise, surprise—Ambassador Locke stood firm in representing U.S. interests. […] [Source]

Chen Weihua argues that the article should not be taken as representative of the Chinese people, government, or even the China News Service. At Bloomberg View, though, Adam Minter writes that although most Chinese might well reject it, “CNS isn’t writing from the fringe, entirely”:

[…] From the moment that Locke was announced as the U.S. ambassador in 2011, he’s been the subject of considerable, racially-oriented curiosity. This is predictable: in China, successful “overseas” Chinese — anyone from an athlete such as Houston Rockets guard Jeremy Lin to an author such as Tiger Mother defender Amy Chua — generates pride, media coverage and an irresistible tendency to take credit. (Lin has been called the “Pride of Zhejiang,” referring to his grandmother’s ancestral province in China — though he’s a Taiwanese American.)

[…] It’s surely the case that CNS has not been alone among Chinese in thinking that Locke is a traitor to his race. But even among the government officials who might feel that they’re most justified in believing so, few if any would dare to make the claim in a public forum, for fear of being ridiculed as low-rent race-baiters. Unfortunately, China’s second-largest newswire — and the Communist Party propaganda officials who manage its content — lack their sense of shame. [Source]