No ‘Touch of Sin’ At the Oscars 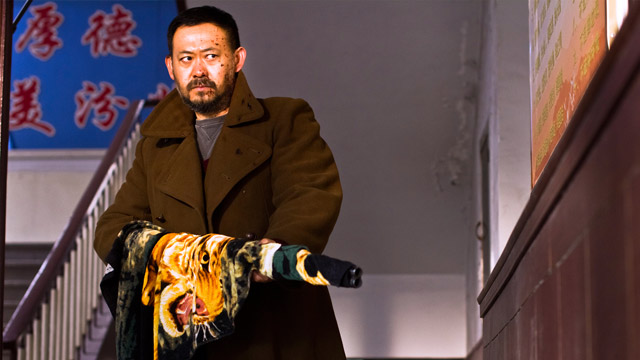 At Asia Society Jonathan Landreth explains how China prevented Jia Zhangke’s A Touch of Sin from making it to the Oscars despite its popularity among leading film critics:

A Touch of Sin has thus far been denied an official release permit in China despite Jia and the Shanghai Film Studio behind him having worked closely with official censors from the get-go. If history is any guide, the denial is tantamount to a ban. Without a release in China, A Touch of Sin could not be submitted even for the Best Foreign Language Film prize. By censoring Chinese films to uphold the ruling Communist party’s view of an appropriate cinematic portrayal of China, film authorities limit the country’s chances of winning an Oscar.

This year, China’s official submission for the Best Foreign Language Film category was populist director Feng Xiaogang’s famine epic Back to 1942, and it failed to get nominated by members of the Academy. […]

With so few officially-approved films to choose from and submit for nomination it stands to reason that even fewer filmmakers from China have ever won any Oscar, let alone an Oscar in a major category. In fact, only one Chinese national ever has. Composer Tan Dun, from Changsha, Hunan, in central China, won the Oscar for Best Original Score for his music in Crouching Tiger Hidden Dragon, the 2000 Best Foreign Language film by Taiwan-born American director Ang Lee. By comparison, 15 films from Japan have been nominated and four have won the top honor awarded by the Academy, since 1947, for films with a predominantly non-English dialogue. [Source]

Read more about A Touch of Sin via CDT.