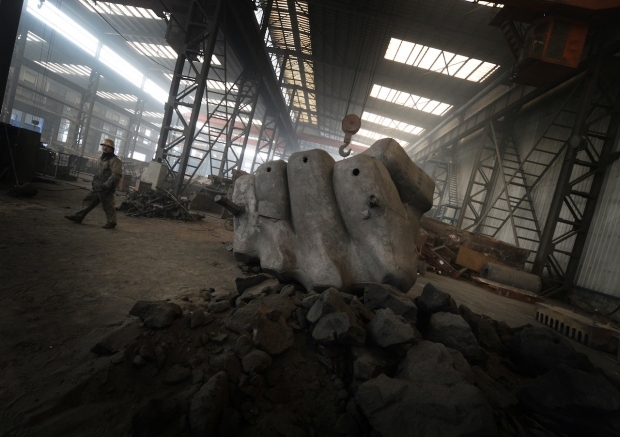 At BloombergBusinessweek, Lulu Yilun Chen profiles Greatfire.org, a discrete anti-censorship organization which has determined that of the 97,579 Web addresses it was monitoring as of March 17, “about 16 percent were blocked” in China:

Greatfire.org, run by three dissidents with sharp computer skills and a penchant for secrecy, is giving people a way around the wall. The group has created three mirror websites, or duplicates of banned sites: the independent news outlet China Digital Times; a Chinese arm of Reuters; and Greatfire’s own site, Freeweibo.com, which collects and publishes posts deleted from China’s popular social media service Sina Weibo (SINA). Greatfire posts links to the mirror sites, maintains detailed, searchable databases of banned subjects and pages, and posts updates when the activists discover new ones.

Greatfire’s founders have kept their identities hidden from users, their three-member advisory board, and each other. “These guys are unique: They’re based in China, which makes it a pretty high-risk thing,” says advisory board member Rebecca MacKinnon, a U.S.-based senior research fellow at the New America Foundation and former Beijing bureau chief for CNN.

[…] Greatfire’s secret to mirroring sites and reproducing deleted posts lies in its account with Amazon.com’s (AMZN) cloud-hosting arm, Amazon Web Services, which encrypts all of its Web pages. Chinese censors can’t pick and choose which pages to block—they would have to block everything hosted on AWS servers, including data for major Chinese companies such as smartphone maker Xiaomi and office software producer Kingsoft (3888:HK). “We believe that the Chinese authorities would not dare block all websites being served by AWS, because they understand the economic implications,” says a man who identified himself as a Greatfire co-founder and agreed to discuss the group’s activities only if referred to by his online pseudonym, Charlie Smith. An Amazon spokeswoman didn’t respond to requests for comment. [Source]

Jeff South elaborates on the power of Amazon Web Services to provide access to blocked documents like last January’s ICIJ report which revealed the offshore holdings of thousands of powerful Chinese clients. From ChinaFile:

In January, when the International Consortium of Investigative Journalists published its exposé of the use of offshore tax havens by Chinese politicians and business moguls, the Chinese government blocked access to the consortium’s website and to news articles about the report. Internet users trying to load ICIJ.org or follow-up stories by The Guardian, The New York Times, and other news organizations saw a familiar message: “This webpage is not available.”

So free-speech activists deployed a simple yet effective way for the Chinese public to access the ICIJ report: They uploaded it to Amazon Web Services (AWS)—a cloud-hosting service used by large companies in China. Netizens then spread the word about the AWS link, which could be accessed without a virtual private network (VPN) or other privacy software.

AWS is encrypted, and so to block the ICIJ report, the Chinese government would have to block the entire AWS domain—a step it is loath to take because it would hinder e-commerce by the country’s businesses, according to technology experts in the U.S. and China. Amazon says thousands of Chinese customers, including major corporations, depend on AWS for database management and other cloud-computing applications. [Source]