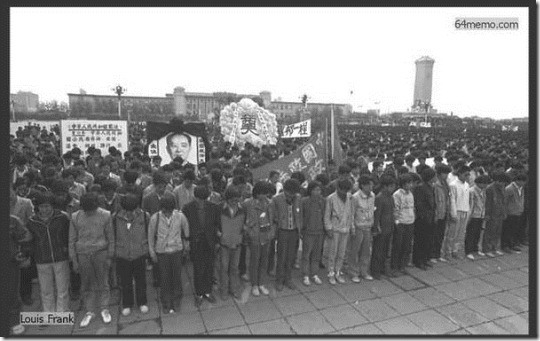 This year marks the 25th anniversary of the nationwide, student-led democracy movement in China, and the subsequent military crackdown in Beijing. To mark the occasion, CDT is posting a series of original news articles from that year, beginning with the death of Hu Yaobang on April 15 and continuing through the tumultuous spring. The full series can be read here.

As the students chanted for democracy, China’s top officials, guarded by the military, entered the Great Hall of the People this morning for memorial ceremonies for the former Communist Party leader, Hu Yaobang, whose death last week touched off the demonstrations.

[…] In a country where control has been a way of life – Government officials assign people jobs, determine where they may live, and decide how many children they may have – the illegal protests represented an extraordinary lapse of control.

Students who normally avoid political issues that might blot their personnel files seemed carried away with an uncharacteristic political ferocity that is likely to have a significant effect on politics if it can be sustained.

”We will die for freedom!” students from Beijing University chanted in the pre-dawn hours this morning as they arrived in the square after a three-hour march from their campus. Others carried such banners as ”Press Freedom,” and the crowd relished the ironies as it sang the opening line of China’s national anthem: ”Rise up, you who refuse to be slaves.”

While the leaders were inside the Great Hall of the People, three student representatives knelt on the steps for 45 minutes, asking that then-Premier Li Peng accept their petition. Li Peng never came out: 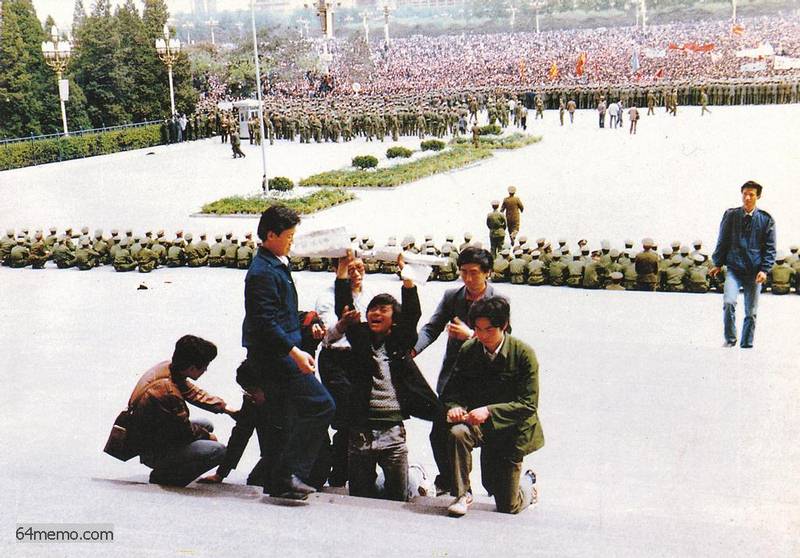 [Photo from 64memo.org]
Read more from Under the Jacaranda Tree.