China’s Workers Restive And On Strike 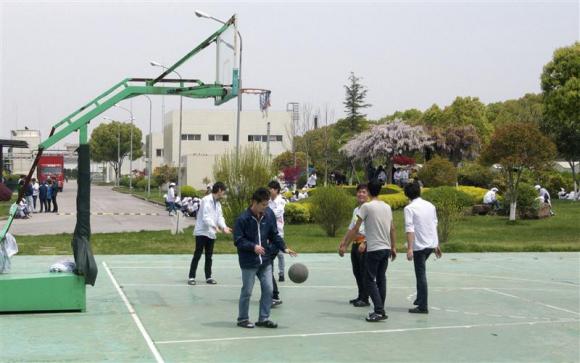 The number of strikes so far this year is up by close to a third – the biggest surge in protests since the global financial crisis, according to one labour group – as businesses cut costs and foreign companies restructure or close operations in response to slowing growth in the world’s second-biggest economy.

There are no accurate national statistics on the total number of strikes, work stoppages and protests in China, but China Labour Bulletin, a Hong Kong-based labour rights group, says there were 119 last month alone.

Employers face an uncomfortable new reality: workers who not only know their rights and will challenge management to defend them, but who also demand more than the legal minimum.

“This is going to be a very tough year for employers in China,” said Lesli Ligorner, Shanghai-based partner at Simmons & Simmons. “There will be more strife and strikes. It’s only going to continue.” [Source]

See a BBC video of the strikes at the Yue Yuen shoe factory in Dongguan where 40,000 workers who feel they were tricked “walked off the job at seven giant Yue Yuen shoe factory locations across the city,” demanding “owed social security payments of 11% of salary.”  Also see a round-up from Vice of photos from the protests posted to Weibo.  Michelle Chen at The Nation reports that activists in China are “blazing a fresh trail of labor militancy” in China both in the streets and in the courts:

This week, workers pushed the outer edge of that radicalism in the southern manufacturing hub of Dongguan. Tens of thousands have gone on strike at the Taiwanese-owned Yue Yuen Industrial shoe manufacturer, protesting the company’s alleged underpayments to the social insurance scheme and the workers’ housing fund. According to the US-based NGO China Labor Watch (CLW), the industrial action involved about 30,000 employees, despite a fierce crackdown on protests by riot police and several arrests.

Social insurance is a raw nerve for China’s factory workers. Along with China’s aggressive economic liberalization, the government recently consolidated social welfare programs such as pensions and healthcare. Employers, however, routinely fail to keep up with their financial obligations under this emergent social contract, while low-wage workers’ social needs have intensified.

In turn, Kevin Slaten of CLW noted via e-mail, while mass uprisings over insurance like the the Yue Yuen strike were rare a few years ago, “in the past year, we’ve seen an uptick in strikes in which workers are demanding arrears.” The trend, he adds, reflects not only “workers realizing their rights under the law,” but also a new policy enabling workers to transfer insurance payments to their home communities when they leave a job. This effectively decoupled workers’ entitlements from their workplace, giving them more autonomy as well as a greater stake in making sure their bosses pay their dues—which for Yue Yuen’s workforce, could total millions of dollars in arrears.  [Source]

The guards had been part of a group of more than 100 healthcare workers embroiled in a months-long dispute with the Guangzhou Chinese Medicine University Hospital over labor conditions and compensation.

Cut out of a deal that was eventually struck between the hospital and other workers, the guards on August 19 threatened to jump off the hospital building and were detained by police.

The ruling by the district court in the southern city of Guangzhou, convicting the guards of “gathering a crowd to disturb social order”, comes against a backdrop of growing labor activism in China and was calibrated to send a message, said Duan Yi, a labor lawyer and counsel for one of the guards.

“They are sending a signal to society at large which is that as workers protect their rights, if they are even slightly extreme they could receive criminal punishment,” he said. [Source]

Jennifer Cheung at Union Solidarity International and China Labour Bulletin both also report on this case. Also, see reporting on the teacher strike in rural Henan province where approximately 100 teachers have been on strike since April 8.