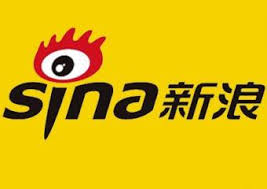 China’s state media regulator says it will revoke Sina’s licenses to publish newspapers, magazines, books, audio and video online as punishment for lewd content on its sites, as well as imposing “a large number of fines” and initiating criminal investigations. According to a SAPPRFT statement, some of the illegal content “clocked millions of clicks […] imperiling social morals and seriously harming minors’ physical and mental health.” The current crackdown on online pornography is part of a broader assertion of control over China’s Internet, whose 20th anniversary and “innovative” management systems were celebrated in state media this week. From Xinhua:

In response to the office, Sina posted a circular later on Thursday “offering the most sincere apology to all netizens and the public.”

The company admitted that the website was indeed slack in supervising its content, and it felt “regretful and guilty” for not fulfilling its social responsibility.

In the document, the company vowed to “obey the punishment without passing the buck.”

Meanwhile, the office warned other Internet service providers against similar errors, telling them to set up a comprehensive online info management system and check themselves for banned content.

Earlier this week, the country’s “Cleaning the Web 2014” campaign saw 110 websites shut down and some 3,300 accounts on China-based social networking services as well as online forums deleted. [Source]

From Paul Mozur at The Wall Street Journal:

Sina generates revenue mostly through the sale of ads on its news, entertainment and video web portals. Its website, including video content, appeared to be operating normally on Thursday. Sina’s online video operation is small, so a shutdown would be unlikely to have a major impact on the company.

[…] Still, the suspension of Sina’s licenses marks the first time the government has used its annual campaigns to go after the country’s largest listed Internet companies. In the past, sites would be taken down and social-media accounts suspended, but the operations of companies like Sina were generally left alone. The move likely sends a signal to China’s other major Internet companies and news portals to ensure that their platforms do not feature prurient content. [Source]