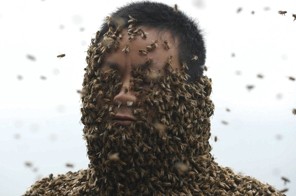 Simon Denyer at The Washington Post reports on speculation that several officials who apparently took their own lives during the past three weeks, including “two senior figures,” may have acted out of fear amid China’s ongoing crackdown on corruption:

Was President Xi Jinping’s anti-corruption drive putting so much pressure on his ruling Communist Party that some members were being driven to take their own lives? Was it all just a coincidence? Or does a life of deceit and hypocrisy eventually take its toll?

Chinese media reported Thursday that 58-year-old Xu Yean, a deputy director in the State Bureau for Letters and Calls, was found hanged in his office earlier in the week.

Xu’s department handles the petitions and complaints of ordinary citizens against local government officials. Although Xu had not been publicly linked with any corruption investigation, a senior colleague was fired and placed under investigation last November for a “severe violation” of party discipline.

[…] Some netizens mocked official boilerplate explanations for many of these deaths.

Eric Fish wrote at The Economic Observer last year that a widely-publicized spate of suicides at electronics manufacturer Foxconn actually pointed to lower than average suicide rates at its factories. If China’s millions of civil servants and state-owned enterprise employees were to follow the country’s overall suicide rate (in 2011) of 22.23 in 100,000, one would expect to see dozens of cases among them each week, far more than have recently been reported. Joshua Keating at Slate suggests that the suicides might simply fit in with this usual national pattern, but that enhanced stress on officials in the current political climate would be quite natural:

The timing of this could all be just a coincidence. China does have a fairly high suicide rate by international standards. But given the scale of Xi’s crackdown—182,000 officials were punished last year, according to official numbers—and the kind of sentences that these officials can face in the worst cases, it wouldn’t be surprising if some officeholders were under more stress than normal. [Source]

Read more about the corruption crackdown and mental health issues in China via CDT.