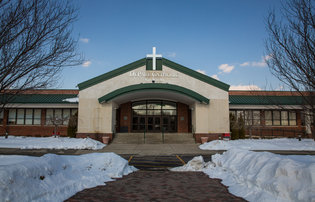 As many Chinese parents seek alternatives to mainstream education for their children, U.S. Catholic schools have begun actively recruiting students from China to boost their finances. The New York Times’ Kyle Spencer reports:

[…] American parochial schools from Westchester County to Washington State are becoming magnets for the offspring of Chinese real estate tycoons, energy executives and government officials. The schools are aggressively recruiting them, flying admissions officers to China, hiring agencies to produce glossy brochures in Chinese, and putting up web pages with eye-catching photos of blond, tousled-haired students gamboling around with their beaming Chinese classmates.

The students, some of whom pay more than five times as much as local students, are infusing an international sensibility into these schools, and helping with their often-battered finances after many have suffered steep declines in enrollment.

Today at DePaul, 39 of the 625 students come from China. Besides courses like chemistry, European history, studio art and chorus, they also take theology, lead Christian service club meetings and attend monthly Mass, where they can approach the altar to receive a blessing from the priest during communion but cannot partake in the sacramental wafer because they are not baptized.

[…] Wealthy Chinese parents are not seeking out a Catholic education so much as an American one, to help prepare their children for college in the United States and to escape what many describe as a test-heavy, reductive educational system. Secular private schools have also been recruiting heavily in China in recent years. [Source]