Urbanization: Where China’s Future Will Happen 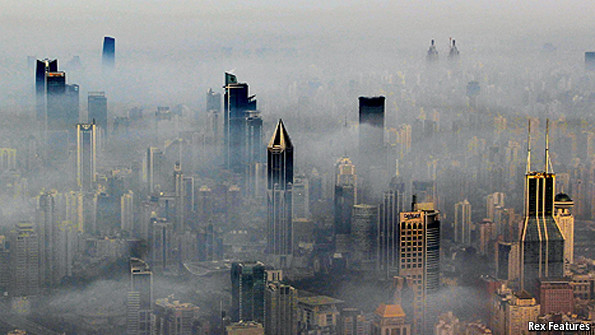 In a special report at The Economist, James Miles examines urbanization in China, described by economist Joseph Stiglitz as one of “‘two keys’ to mankind’s development in the 21st century.” The report’s introduction lays out first the scale—China’s urban population grew by a “United States plus three Britains” in thirty years—and then the tremendous importance of China’s urbanization for the future of the country as a whole:

Getting cities right will help China to keep growing fast for years to come. Getting them wrong would be disastrous, bringing worsening inequality (which the World Bank says has approached “Latin American levels”, although Chinese officials insist it has recently been improving), the spread of slums, the acceleration of global climate change (cities consume three-quarters of China’s energy, which comes mainly from coal) and increasing social unrest.

[…] All the most important reforms that Mr Xi needs to tackle involve the movement to China’s cities. He must give farmers the same property rights as urban residents so they can sell their homes (which is currently all but impossible) and leave the land with cash in hand. He must sort out the mess of local-government finances, which depend heavily on grabbing land from farmers and selling it to developers. He must loosen the grip of state-owned enterprises on the commanding heights of the economy and make them hand over more of their profits to the government. He must move faster to clean up the urban environment, especially its noxious air, and prevent the growth of China’s cities from exacerbating climate change. And he must start giving urban residents a say in how their cities are run. [Source]

The challenge for Xi Jinping, China’s president, and his team is as immense as the cities themselves. But there are two obvious steps for them to take. The first is to give farmers property rights and thus the ability to sell their land. If the market were allowed to operate, prices would be high. Overall, China has less habitable space than America but four times as many people. Much of the country is mountain or desert, unusable for development. High prices, reflecting this shortage, would force urban planners to regard land as a scarce resource and to use it efficiently. That would discourage them from allowing American-style sprawl and encourage them to build dense, energy-efficient European-style cities in which people walk, cycle or take public transport to work.

The second necessary step is to open up decision-making. One reason why so many Chinese cities are grim is that residents have so little say in how they are planned, built and run. If people had the right to elect their mayors and legislators, they would—assuming they behaved like city-dwellers elsewhere in the world—insist on planning controls to constrain development and improve the environment.

The document unveiled in March called the government’s urbanisation plan “people-centred”. If the next stage of China’s phenomenal urban transformation is to bring prosperity and stability rather than conflict and chaos, the party needs to live up to the phrase. [Source]

Other chapters explore issues such as environmental impacts, economic sustainability, and social division at greater length, while China editor Rob Gifford discussed the report with its author in a video conversation: