Xi: China Has Tried the Rest, Socialism is Best 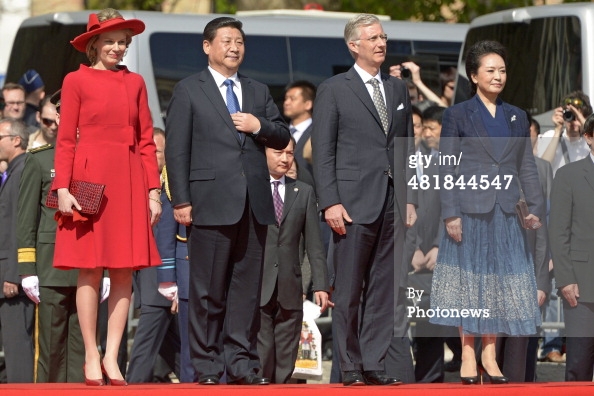 In a speech at the College of Europe in Bruges, Belgium, President Xi Jinping declared that China would stick to the socialist path after trying out other various governing options, all of which had failed. Reuters reports:

“Constitutional monarchy, imperial restoration, parliamentarism, a multi-party system and a presidential system, we considered them, tried them, but none worked,” Xi said in a speech at the College of Europe in the Belgian city of Bruges, the official Xinhua news agency reported late on Tuesday.

Because of its unique historical and social conditions, China could not copy a political system or development model from other countries “because it would not fit us and it might even lead to catastrophic consequences”, Xi added.

“The fruit may look the same, but the taste is quite different,” he said.

A constitution that went into effect about two years before the 1949 Communist takeover allowed for multi-party democracy in China, but its implementation was hampered by deep-rooted enmity between the Nationalist Party and the Communist Party. [Source]

The South China Morning Post reports that his comments got a mixed response back home:

Some internet users were disappointed, arguing that democracy was never given a fair chance and that socialism was chosen by a small group of Communist Party leaders.

“Have we really tried other forms of government?” one said. “That’s what textbooks have been saying, but none of the people around me agree.”

Others argued that socialism was a practical choice for a nation undergoing massive changes.

“Actually what he said was right,” another internet user said. “There have been revolutions in the past and there are multiparty systems in parts of China, like … Taiwan, but the motherland comes out the strongest.” [Source]

Meanwhile, in the Guardian, Timothy Garton Ash writes about Xi’s efforts “to turn China into an advanced economy and three-dimensional superpower, drawing on the energies of capitalism, patriotism and Chinese traditions, yet all still under the control of what remains, at its core, a Leninist party-state”:

Since the next few years are crunch time for the Chinese economy, the Chinese question is now sharply posed. It is no longer: could evolutionary political reform, gradually increasing transparency, constitutional-type balances, freedom of expression and civil society dynamism be used to complement and reinforce economic reform? Rather it is: can a reinvigorated party-state, harnessing in unprecedented fashion the energies of capitalism, patriotism and older Chinese traditions, succeed in mastering the ever more difficult challenges of continuing modernization? [Source]