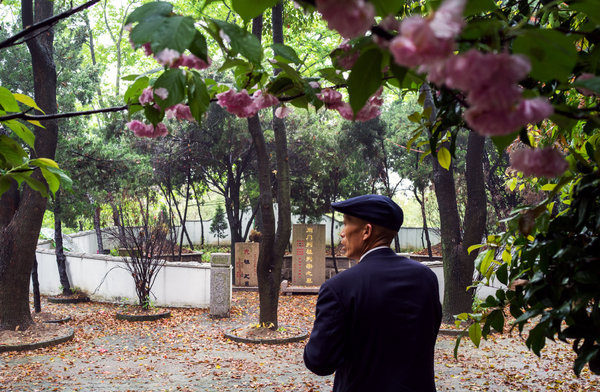 Xi Jinping’s “bold maneuver” to purge former security chief Zhou Yongkang from the Party may have had more to do with the former top security official’s widespread opulence than with his politics, according to “one school of thought.”  In an extensive investigation for the New York Times, Michael Forsythe, Chris Buckley and Jonathan Ansfield look into the accumulation of wealth by Zhou’s extended family, many of whom have been detained in a widening corruption inquiry:

Some political analysts argue that a leader of Mr. Zhou’s status would not face an inquiry of this kind unless Mr. Xi regarded him as a direct threat to his power. In other words, Mr. Zhou is the loser in a political struggle. His family’s financial dealings lost their immunity only because Mr. Zhou fell from favor, not because elite business dealings were being criminalized.

But another school of thought is that Mr. Xi considers the enormous agglomeration of wealth by spouses, children and siblings of top-ranking officials a threat to China’s stability by encouraging mercenary corruption and harming the party’s public standing. Those people say he has pushed the Zhou investigation beyond traditional bounds to signal that the rules have changed and that top leaders will be held responsible for their family’s business activities, even though Mr. Xi’s own family members have been among those who have grown rich.

If that is so, the case has the potential to alter the political compact of China’s boom years. For many elite clans, like Mr. Zhou’s, acquiring stakes in lucrative enterprises that did business in the realm that the family patriarch supervised was not effectively banned — and sometimes not even well disguised.

[…] “Because of his connections to energy, land and the internal security system, in effect the family had kind of carte blanche to go into anything they wanted,” said Andrew Wedeman, a professor of political science at Georgia State University who studies corruption in China. [Source]

In a separate blog post on the New York Times’ Sinosphere, Forsythe, Ansfield and Buckley explain how they obtained the information for their article from public records.

See also Matt Schiavenza’s argument in The Atlantic earlier this month that “Zhou Yongkang’s problems are almost purely the result of maneuverings within elite Chinese politics.”  Read more about Zhou Yongkang and his fall from grace via CDT.