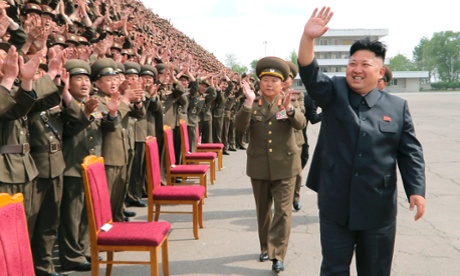 China’s Foreign Ministry dismissed purportedly leaked PLA plans for dealing with regime collapse in North Korea on Tuesday, saying that a Kyodo News report describing them “made wild guesses, and was groundless and with ulterior motives.” At NK News, Hamish Macdonald reports that the plans’ authenticity has come under question from other quarters:

John Delury, a professor of Chinese history at Yonsei University in Seoul told NK News that it is highly likely that China, along with other stakeholders such as the U.S. and South Korea, would have contingency plans for a North Korean regime collapse but that he is “deeply skeptical” of the validity of the report.

“I don’t doubt the existence of such plans. The Chinese have mentioned them to me and others, at least in think tank settings, if not publicly. Indeed, it would be pretty odd if the PLA and other agencies did not have such plans, but I’m not convinced Kyodo actually saw them,” said Delury.

[…] This is a sentiment shared by Adam Cathcart, a lecturer in Chinese history at the University of Leeds.

“Where are the documents? If they don’t actually exist or cannot be excerpted in Chinese or English, I would be skeptical, although Kyodo is a decent news agency,” Cathcart said. [Source]

Genuine or not, the plans highlight China’s high stake in North Korean stability, with collapse likely to send both a humanitarian crisis and geopolitical chaos washing over its border. But The Wall Street Journal’s Andrew Browne notes that the intact Pyongyang regime presents a more immediate “nightmare” for Beijing:

Evidence North Korea is about to pull the trigger on its fourth nuclear test underline that the North is marching determinedly, one step at a time, toward the day when it can target any city in the Asia Pacific—and potentially large population centers in the U.S.—with nuclear attack.

[… A] fourth test will add pressure on the U.S. to bolster its missile defenses in the region—and it could bring South Korea and Japan closer to contemplating their own nuclear deterrents, separate from the U.S.

This is China’s nightmare: a nuclear arms race on its doorstep, and one that adds muscle to its rival Japan as the two wrangle over a set of islets in the East China Sea.

[…] Yet it would be a huge leap for Beijing to actually abandon one of its few real friends in the world.

[…] In the end, the demise of a socialist ally may be too unnerving a prospect for the Chinese Communist Party, which frets about its own mortality. [Source]