Rights Lawyers and Rule of Law: Interview with Eva Pils 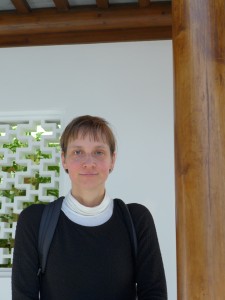 In a three-part conversation with China Law and Policy’s Elizabeth M. Lynch, the Chinese University of Hong Kong’s Eva Pils explains past and present developments for China’s rights lawyers and rule of law. In the first two parts, Pils describes the emergence of the “rights defense” movement in the post-Mao era, and its more recent evolution into a more politicized “human rights” movement as faith in incremental reform waned. One expression of the latter trend is the New Citizens’ Movement, discussed in part two, whose cofounder Xu Zhiyong was one of several members tried and sentenced earlier this year as the authorities moved to dismantle the group.

There was, I think, for a couple of years, especially around 2003 when you had the famous Sun Zhigang incident, this notion that perhaps rights defense could mean a bold group of courageous lawyers, legal professionals, and legal academics sympathizing with them, persuading the State to introduce incremental reforms. One of [these reforms], for instance, could have been to introduce some sort of meaningful constitutional adjudication – whichever mechanism one would have used – this would have made a potentially very great contribution towards making constitutional rights guarantees more effective in actual people’s lives and actual legal practice in China.

So, [until around 2003] you had that hope – and of course along with that an expectation – that the State would tolerate weiquan. But actually very early on, from the moment almost when they started being successful, these weiquan lawyers also encountered repression. I think we now understand better than perhaps a couple of years ago, that that was really based in a high-level perception that weiquan presented a political challenge and that consequently, it had to be controlled. [Source]

[…] I think that looking at the history of the human rights movement [in China] that we just discussed, you could perhaps also say that Xu Zhiyong, having tried for ten years to introduce beneficial changes in China through case-by-case legal rights advocacy, comes to the conclusion, around 2011- 2012, that now a new method of advocacy has to be tried; that rights advocacy in a way has to move beyond working on individual cases, and become more issue-focused and more explicitly political. [Source]

Pils previously explored this transition in a Wall Street Journal op-ed with Joshua Rosenzweig in January, following Xu’s sentencing. Global Times editor Hu Xijin also alluded to it last week in a pseudonymous op-ed on Pu Zhiqiang’s detention, lamenting that “activist lawyers” like Pu have become “socially constructive and politically destructive.” Xu’s longtime colleague Teng Biao discussed developments over the last ten years in a two-part conversation at China Change last month. The different visions of rule of law that Pils discusses were summed up this week by Central Party School researcher Wang Guixiu, who told the South China Morning Post that “the public say it is about putting officials in check, while officials say it is about how to govern the public.”

In the third part, Pils expresses skepticism about rule of law rhetoric and the ongoing anti-corruption drive under Xi Jinping, and the “powerful, attractive but then somehow also a little bit anesthetizing narrative of gradual liberalization” in China. She concludes with an assessment of prospects for the future:

[…] I think that […] we do see it for the moment things getting worse. I would be very pleasantly surprised if there was some loosening or lightening of the pressure. The events of the past couple of weeks and months have sent very strong signals that it is quite likely that more lawyers will be detained. We are now unfortunately finding that human rights defenders when detained can be exposed to very significant levels of violence. Of course you mentioned the terrible case of the death of Cao Shunli.