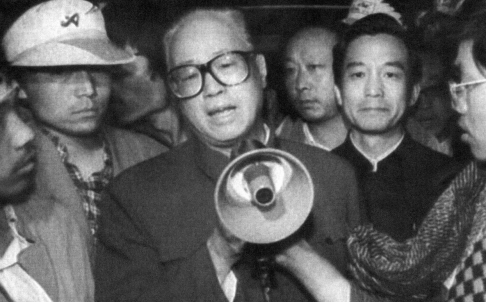 The South China Morning Post reports that Zhao Wujun, son of the former CCP General Secretary Zhao Ziyang who died under house arrest in 2005, is attempting to restore his father’s legacy:

The man who pioneered China’s three-decade economic miracle became a political taboo, with his name censored from all official print and broadcast media to this day.

But continuing to ignore his legacy would only bring shame to the country, his youngest son, Zhao Wujun, said.

“It [rehabilitating Zhao] doesn’t matter so much to our family, but it matters a lot to the country.

“There are many [unjust] cases like this in Chinese history … and you have to come clean one day, otherwise the next generation will ask why and how these came about. If you don’t talk about it, it is a shame for our country and a shame for the Communist Party.”

[…] Zhao lived to see the consequences of rapid, unfettered economic growth in the absence of checks on government powers – rampant corruption, crony capitalism, one of the widest wealth gaps in the world and widespread social discontent. “He used to say, ‘It’s such a shame about this situation’,” Zhao Wujun said.

“The things he wanted to do were abandoned … more than a decade of his sweat and blood was ruined in an instant.

“We have missed a huge historical opportunity to transform society. I don’t know if history will give us another chance.” [Source]

The late reformist Zhao Ziyang fell from the grace of the party he oversaw for two years after delivering a conciliatory speech to student protesters in Tiananmen Square 25 years ago. The day after Zhao’s speech, on May 20, 1989, martial law was declared in Beijing. In the power struggle that followed, Zhao was politically purged and placed under house arrest, where he died 15 years later from a stroke. Read more about Zhao Ziyang via CDT.