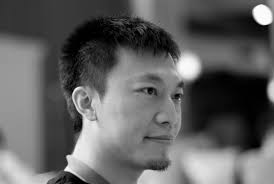 JAMES MILES: Well, there has been an extraordinary change in China. The growth of a new middle class. The growth also of a huge new migrant population moving into cities to work in factories and service industries. On the back of these social changes, a huge elevation in terms of people’s consciousness of their own assets, the wealth they very rapidly built up over the last few years, the legal environment that is needed to protect that. So a much stronger consciousness of the role of law in protecting what they’ve gained. So we have seen, as a result of economic and social change, change in information technology, the creation of so many different kinds of little spaces for people to maneuver, whether it’s NGOs, whether it’s through social media, whether it’s just through individual activism.

HAN DONGFANG: People are waking up bit by bit. It’s not at the beginning you get everything, so it’s a process. And you look at the Yue Yuen shoe factory strike, it’s the biggest strike in the last 35 years. And you see these labor NGOs from not only Dongguan city, but from other cities in Guangdong province. They try to get involved, to help the workers to see whether there’s opportunity to start some kind of a collective bargaining. But at the same time, the government does not know how to deal with this side of the strike. That means you have issue to deal with which never happened. That is the reason the civil society in China is able to develop under the one-party dictatorship rule. Because the party need that too. The problems, they never exist, and they never dealt with it, and they can’t hide away. They have to be dealt with.

KRISTIE LU STOUT: The rise of the civil society in China is based on need, and that’s why we’re seeing the rise of this true non-governmental organizations or NGOs. In China there are different types of NGOs, aren’t they? There are quasi-official NGOs, they are kind of linked to the state, as well as independent unregistered ones. Describe the lay of the land.

JAMES MILES: Official statistics at least are very misleading on this. Officially there are around half a million registered NGOs. Most of those have some government connection. They are what we might called government-organized non-governmental organizations. GONGOs. But then in addition to those half a million or so registered NGOs, we have an unknown number, could be one million, two million other NGOs, much more of a kind that we would recognize as such. Small groups of people, this is a highly atomized force you could say, tiny little groups of people all over the country working on trying to improve lives of people in those areas whether it’s on labor issues, women’s rights, or the environment. And now the government itself beginning to try and bring more of these small hitherto unregistered groups into the official fold. Registering them, getting to know them, it hopes presumably getting to control them better. [Source]

Read more about civil society in China via CDT.