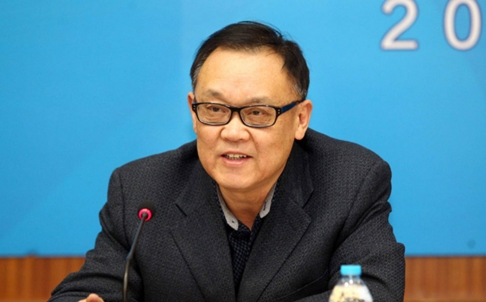 South China Morning Post’s Adrian Wan reports a warning from a senior inspector at the Party’s Central Commission for Discipline Inspection that the Chinese Academy of Social Sciences has fallen under the sway of “foreign forces”:

The warnings to Cass, an influential government think tank, come at a time when President Xi Jinping is tightening his grip on the media and has launched sweeping anti-corruption and ideological campaigns targeting the civil service and state-owned enterprises, as well as an intense crackdown on liberal intellectuals and activists.

On Friday, the CCDI spoke to nine new discipline inspectors at another leading research institute, the Chinese Academy of Sciences, about their roles and the anti-graft campaign inside that academy.

During a session on Xi’s thoughts on party discipline at Cass, Zhang [Yingwei] said the academy had “ideological problems”.

These included using academic research as a guise for other purposes; using the internet to promote theories that played into the hands of foreign powers, allowing undue foreign influence in sensitive issues; and “illegal collusion” between Cass experts and foreign interests at sensitive times. [Source]

The Economist’s Gady Epstein described the CASS’s place within the hierarchy of Party think-tanks, journals and other organs in March. Read more on the Chinese Academy of Social Sciences via CDT. The Academy is not alone in coming under heightened scrutiny for “ideological problems”: new recruitment rules for the Party itself place greater emphasis on ideological correctness.

Last year, Science Insider detailed the unsuccessful efforts of a former Ministry of Railways official to bribe his way to membership of the Chinese Academy of Sciences (also via CDT).