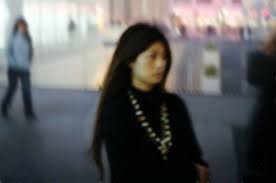 In an op-ed at The Washington Post, Ruth Marcus laments the gender inequality preventing Chinese women from rising to top positions of leadership, both in government and beyond:

Women, Chairman Mao famously proclaimed, hold up half the sky. But not half the Politburo.

[…] Most significant, since the Communist Party took power here in 1949, no woman has served on its ruling structure, the seven-member Politburo Standing Committee.

[…] “In just about every other category of the way one analyzes Chinese elite leadership — regional background or education or how much they’ve studied foreign languages or traveled abroad — there have been dramatic, fundamental shifts from the Mao era and even in the last 10 years,” said Scott Kennedy, director of Indiana University’s Research Center for Chinese Politics and Business. “The single area where there has not been a dramatic shift has been in the place of women in the leadership.”

Ask government officials and private citizens about this phenomenon and they respond with a mix of denial and disinterest: There is no problem, because the law guarantees equal rights; anyway, women aren’t terribly interested in political office. [Source]