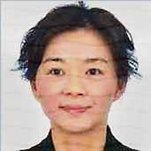 Simon Montlake and Peter Foster at the Telegraph have uncovered evidence that a charity which established an endowed professorship in Chinese development studies at Cambridge University is run by Wen Ruchun, the daughter of former Premier Wen Jiabao. In 2012, when the donation of £3.7 million was announced, Chinese censors deleted information about the controversy when critics expressed concern that Beijing was buying influence at Cambridge.

Cambridge University had previously denied that Chong Hua has links to the Chinese government, but new information recently received by The Telegraph indicates that the foundation is controlled by Wen Ruchun, the daughter of China’s former prime minister.

[…] The news of the anonymous donation unsettled several academics in Cambridge when it became public. However, the university said it had scrutinised the donation and concluded that there was “no link between this private foundation and the Chinese government”.

Questions over the denial were raised when The Telegraph’s reports of the donation were expunged by government censors from the Chinese internet. [Source]

In October 2012, David Barboza published an in-depth investigation in the New York Times into the accumulated wealth of Wen Jiabao’s family. A November 2013 investigation by the New York Times also revealed a controversial deal between JP Morgan and a consulting firm set up by Wen Ruchun. An infographic accompanying the article explores the relationships between JP Morgan and Wen Ruchun and other members of Wen Jiabao’s family. In the Telegraph, Tom Phillips profiles Ms. Wen in the wake of the recent revelations.

According to the Telegraph report, the Chong Hua foundation is registered to a trust in Bermuda. In January, the International Consortium of Investigative Journalists revealed the results of a two-year investigation which showed that 21,000 people from China and Hong Kong, including several family members of the top leadership, utilize offshore companies to invest large amounts of money.

Also in the Telegraph, Peter Foster has written “Ten questions Cambridge University must now answer over the Chong Hua donation.”