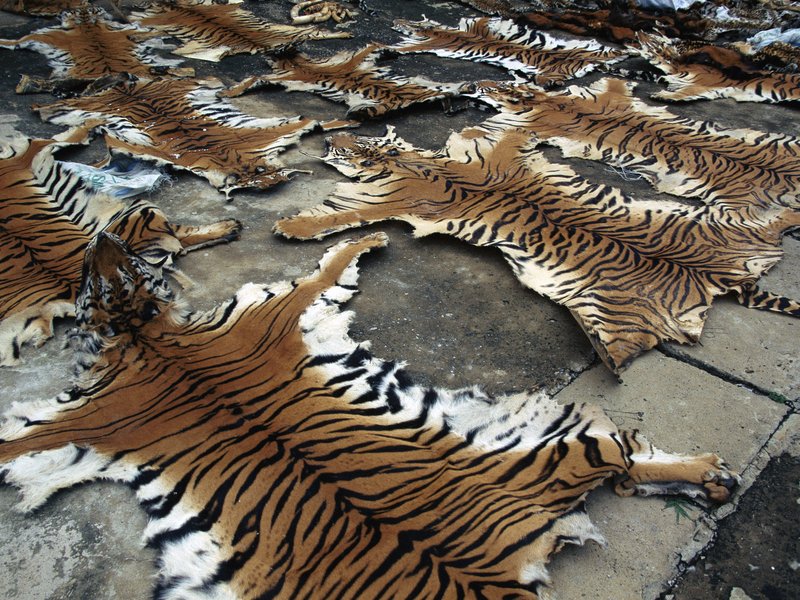 After apparently being backed into a corner last week at a Convention for International Trade in Endangered Species (CITES) meeting in Geneva, a Chinese delegate publicly acknowledged that Beijing allows trade in skins from captive tigers. The BBC reports on the Geneva meeting and on China’s role in fueling an international demand for tiger products:

China has for the first time admitted in public that it permits trade in skins from captive tigers, according to participants and officials at a meeting of an international convention to protect endangered species.

[…] Between 5,000 and 6,000 tigers are believed to be in captivity in China. Wildlife conservation organisations have long demanded an end to the trade in skins.

Wildlife experts believe “tiger farming” in China has fuelled demand for the poaching and trafficking of the endangered species elsewhere.

[…] According to officials and participants at the Cites meeting, the admission from China followed the presentation of a report which gave details of how the Chinese government had allowed commercial trade in skins from captive tigers.

“The report presented in the meeting created a situation that required China to respond,” said a participant who did not wish to be named. […] [Source]

Smithsonian Magazine looks to the delegate’s admission as a starting point towards combatting trade in endangered tiger products in China:

Even if that admission was a slip-up, it is an important first step for China. The country publicly condemns trade in tiger parts, and – thanks to recent legislation – anyone caught eating or trading in endangered species parts can go to jail for up to 10 years. But as Smart News wrote last year, much of the trade still goes on under the radar, either through loophole rules pertaining to trade of farmed animals, or simply through black market channels.

Whether or not China’s admission about this trade – at least when it comes to tiger skins – will actually make a difference for protecting those animals is yet to be seen. Soon after the statement was made at the CITES meeting, an official from China’s Foreign Ministry told the BBC that the country would be “investigating and combating” that illegal trade in skins. One official from India also told the BBC that he sees it as a step forward for protecting tigers. “Denial mode does not help solve the problem but once you accept what is happening, it’s easy to move ahead,” he said. [Source]

Loose regulation on China’s black market for tiger parts has been noted to fuel illegal poaching in India. Read more about moves to protect endangered species and continued demand for their products in China, via CDT.