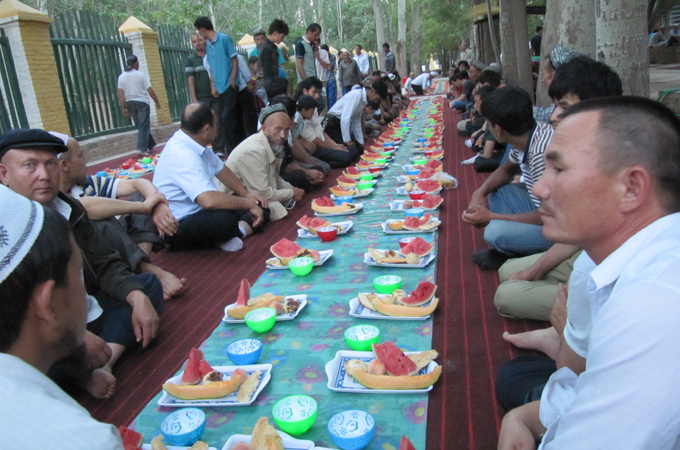 Umar Farooq at Al Jazeera reports that the Chinese government’s efforts to ban observances of Ramadan among ethnic Uyghurs in Xinjiang have backfired:

Chinese authorities have justified the ban on fasting by saying it is meant to protect the health of students, and restrictions on religious practices by government officials are meant to ensure the state does not support any particular faith.

Yet in Kashgar, in Xinjiang province, China’s westernmost city, close to the border with Tajikstan and Kyrgyztan, Uighur Muslims say the restrictions have backfired. Not only have locals become more observant of Islamic practices, but many have found ways to flaunt Chinese laws restricting everything from who may attend the mosque, to which copies of the Quran are read.

[…] Other restrictions – like the ban on fasting for schoolchildren – are more difficult to get around. Chinese authorities require that school teachers, who are barred from fasting themselves, also discourage students.

“It depends on the teachers,” said Mehmet, a high-school student in Kashgar. “[Some] bring water, bread, candy, put it in front of you, and you have to eat.” [Source]

Read more about discrimination against Uyghurs amid violence in Xinjiang via CDT.