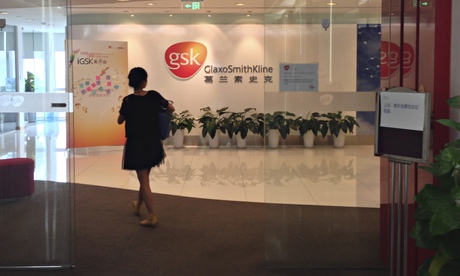 The Guardian’s Jonathan Kaiman reports that the looming trial of British and Chinese-American corporate investigators Peter Humphrey and Yu Yingzeng for illegally obtaining private information will be closed to family and foreign diplomats. The couple were drawn into a corruption probe of pharmaceuticals company GlaxoSmithKline after being hired to investigate a sex tape taken of its top China executive without his knowledge.

The trial of Peter Humphrey and Chinese-born American Yu Yingzeng will be closed to family members and consular officials “on the grounds of privacy”, said the friend, who requested anonymity because of the case’s sensitivity.

“I am surprised at this decision since China wants to promote openness and the rule of law, and I hope that they will relent and let me in. I haven’t seen them for a year. I am shocked and upset. I miss my parents, who are not in good health.”

Humphrey reportedly feels that he was misled and “cheated” by GSK. In an overview of his case and the GSK bribery probe, the BBC’s Carrie Gracie relayed his claim that the company hid the extent of the accusations against it when it hired him.

One of the most extraordinary aspects of the case is that Mr Humphrey was not shown the whistleblower’s email allegations against GSK when he was hired to investigate Vivian Shi [the company’s former head of government relations].

In a statement dictated from prison, Mr Humphrey said that when he offered to look into the allegations, GSK told him they had already found them to be untrue. But when he finally saw the whistleblower’s email, just weeks before his own arrest, he made it clear that he believed the allegations were credible.

In an email to colleagues he said: “I can only assume that they didn’t give them to us because they were afraid we would find the allegations credible and start verifying them… Actually I do believe every word of these allegations. They are totally credible.” [Source]