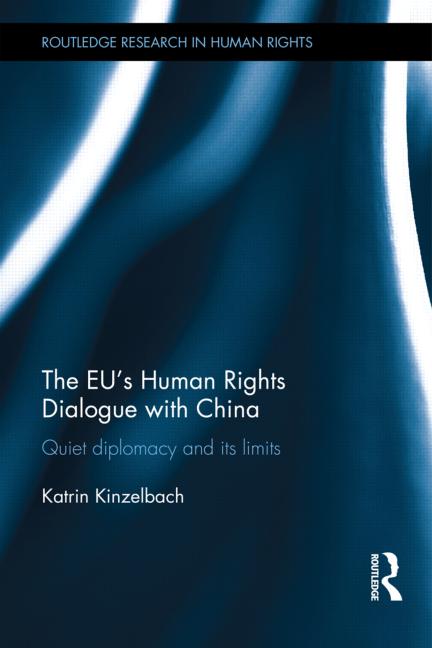 With China increasingly resistant to foreign pressure on human rights and the system of rights diplomacy that emerged post-Tiananmen “effectively defunct,” Human Rights Watch’s Sophie Richardson reviews a book that charts the failure of European engagement on the issue between 1995 and 2010:

Katrin Kinzelbach’s excellent new book, The EU’s Human Rights Dialogue with China: Quiet Diplomacy and its Limits, provides ample evidence that an approach of primarily “quiet diplomacy” has done little to positively influence the human rights environment in China, and her analysis could well be extended to a number of other governments. In Kinzelbach’s view, not only has the EU approach failed to produce the intended results, it has also managed to produce precisely the wrong effect: “Over the years, [Chinese officials] had become human rights dialogue professionals… . [T]he regular confidential talks behind closed doors had served as intensive training for a small number of Chinese officials on how to engage with—and effectively counter—human rights related inquiries, criticism and recommendations.”

[…] Kinzelbach notes the EU’s chronic tendency to underestimate the bad faith in which the Chinese government engaged in the dialogues, and to overestimate the possibilities for progress. For example, she describes a period in 2007 in which EU officials internally justified their approach by citing Chinese government claims that the number of executions had decreased significantly, suggesting that an EU focus on this topic in dialogues had helped. Yet no one bothered to question whether the claims had merit, or examine whether there really was a relationship between the decrease and the dialogues. Similarly, EU officials continued to agree to progressively greater restrictions imposed by their Chinese counterparts on the dialogues, including visiting arbitrary detention facilities they already knew to be Potemkin villages, and allowing Chinese officials to dictate which individuals the EU could invite to participate in its seminars attached to the dialogues. [Source]

The Economist reported last year that the number of executions did decline sharply between 2002 and 2012, and that international pressure may indeed have been a factor.

In December, The Financial Times’ Jamil Anderlini noted that some European diplomats blame the U.K. for undermining unity, adding that Beijing “is adept at exploiting rifts and rivalries within the EU.” As Li Keqiang visited London last month, for example, the Chinese ambassador warned that Britain had squandered its perceived importance to China in Europe by “pointing fingers” over human rights. China had already canceled dialogues with the U.K. in April because of “irresponsible comments” and “rude slander” in a British rights report. Human Rights Watch’s Nicholas Bequelin told The Guardian at the time that:

“China is responding to a critique of its shortcomings on human rights by cutting back further on human rights engagement. I don’t think that indicates that China is genuinely committed to the outcomes of this dialogue … China is trying to intimidate its international partners by walking away from the table.”

[…] “We are also concerned that the existence of the dialogue allows ministers to say that human rights issues are being dealt with there, as opposed to being raised in meetings between foreign ministers or heads of state.” [Source]

The U.S. has defended its own rights dialogues with China. The question of human rights in U.S.-China relations, particularly given America’s compromised standing on issues such as torture and surveillance, was the subject of a ChinaFile discussion last summer.