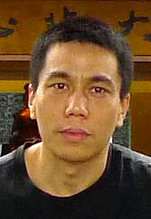 The New York Times’ Kiki Zhao reports the sudden firing of journalist Song Zhibiao over commentaries he wrote for a Hong Kong website. China’s State Administration of Press, Publication, Radio, Film and Television barred journalists from working for media organizations outside mainland China earlier this month as part of a raft of new media regulations. Song was previously removed from a post at China Fortune’s parent publication, the Southern Metropolis Daily, after criticizing the government in a commentary on the 2008 Sichuan earthquake.

Ren Tianyang, the executive editor of Southern Metropolis Daily, said by telephone that he did not know the reasons for Mr. Song’s departure.

[…] Chen Min [also known by the pen name Xiao Shu], a former editor at Southern Weekend, a sister newspaper of Southern Metropolis Daily, until he himself was dismissed in 2011 because of his criticism of the government, said that the firing of Mr. Song and recent instructions not to cooperate with foreign media outlets “reflect the authorities’ deep insecurity, their profound distrust of society as a whole and their growing concern that they are losing control of public opinion.”

[…] “They purge you from traditional media, then crack down on you on Weibo,” Mr. Chen said. “And then they see you can still have a voice in overseas media. So, how to control that? They cut down the journalists.” [Source]

Orville Schell and David Schlesinger commented on recent restrictions in a previously featured ChinaFile conversation last week. Rogier Creemers and Wen Yunchao have since joined the discussion. Wen describes the development of friction between commercial media including the Southern Media Group and the authorities, while Creemers explores the triggers for the recent tightening of control:

What has changed […] is the perceived extent to which foreign presence is seen as harmful to domestic “information security.” After the Snowden revelations and the escalating tensions surrounding cybersecurity, the government has become increasingly concerned about domestic reliance on foreign telecommunications software and hardware, and has intensified efforts to develop indigenous technology. Shortly after Gao Yu was detained, Beijing reportedly ordered large, strategic state-owned enterprises to cut ties with foreign consultancy firms, apparently out of fear that these might engage in industrial espionage.

But perhaps most importantly, foreign reporting on China has vastly improved in quality and quantity in the past few years, and is reaching a quickly-growing domestic readership. Successive reports about the leadership’s wealth published by, amongst others, The New York Times and the International Consortium of Investigative Journalists, have further fuelled growing domestic disaffection, and challenged the credibility of official news outlets.

In response, the leadership now seems to be bent on erecting new barriers between domestic and international information environments: what happens in China, must stay in China. Conversely, what is outside may only enter under strict controls [….] [Source]

See the latest installment in The New York Times’ investigations of leaders’ wealth via CDT.