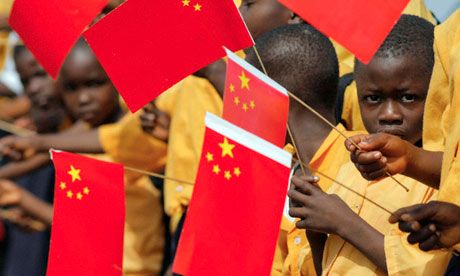 According to a recent government white paper, more than half of China’s $14.4 billion in foreign aid has gone to African countries. The role of Chinese businesses in Africa was recently explored by Howard French in his new book, China’s Second Continent: How a Million Migrants Are Building a New Empire in Africa (see CDT’s interview with French for more on his book and his views on China-African relations). In a recent post for World Policy, Lara Pham looks at immigrants going the other direction, and how China’s immigration policies (or lack thereof) are impacting African expats:

As a country that has historically sent migrants abroad as opposed to receiving them, China faces substantial difficulties in its legal process when it comes to accepting new immigrants. China restricted visa issuances in the lead up to the 2008 Beijing Olympics. Just last year, the Chinese government implemented immigration reform measures that increase penalties for visa overstays and unauthorized work. The reform known as the Exit-Entry Administration Law marks the first time that foreigners are subject to detention and investigation, according to Lefkowitz – even of those merely suspected of illegally working in China. This recent move does not send a hopeful message to any immigrant group.

A major problem is that the Chinese government does not have a central immigration authority, so it often relies on its security organization to enforce immigration policies. The government is “enacting piecemeal policies…[which] keep Africans and presumably other immigrants at a disadvantage,” says Adams Bodomo, who is a native of Ghana, professor of African studies at the University of Vienna, and author of Africans in China.

China also keeps its process for residency extremely stringent. Although there is an established legal pathway to acquire a permanent residency card, it is primarily geared towards the rich and elite. While African businessmen, traders, and other migrants can easily acquire a short-term visa, their enterprises require additional work and time that would naturally need visa renewals. But it is impractical and overly burdensome when the government tells African migrants “to go back to Africa to renew” at their countries’ Chinese embassy. According to Bodomo, “other migrants like westerners and other Asians can easily renew their visas either within China or leaving to Hong Kong or Macau,” which clearly indicates a particular discrimination against African immigrants. [Source]

Meanwhile China’s Foreign Ministry spokesperson and the ambassador to Tanzania have condemned “bad behavior” by Chinese on the continent, including the smuggling of rhino horns and ivory and the selling of counterfeit goods, according to a report by Jonathan Kaiman in the Guardian. Hong Lei, the Foreign Ministry spokesman, said: “The unlawful behaviour of a small number of Chinese people in Tanzania and other African countries has harmed China’s image, and had a negative impact on friendly Sino-African and Sino-Tanzanian relations.”

Read more about Africans in China via CDT and a recent post on the subject from The Nanfang.