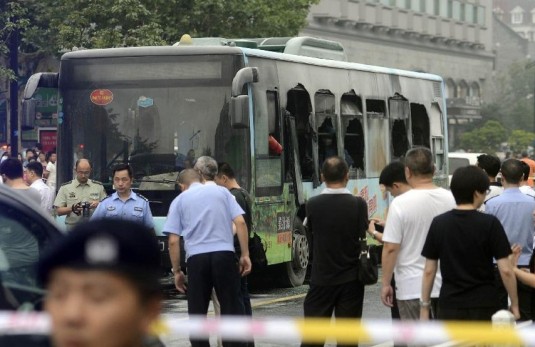 On July 5, a bus fire in Hangzhou, Zhejiang injuring 32 passengers. Media coverage immediately following the incident reported that the engine showed no sign of combustion, and that police suspected arson. This alleged act of arson comes amid a nationwide crackdown on terrorism, and the state-run Global Times reports that police have ruled out terror in connection with this case.