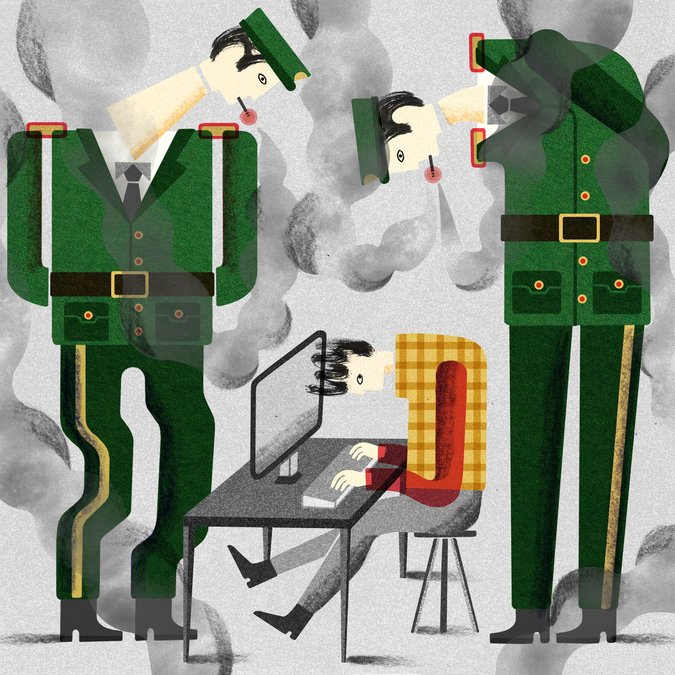 Having described his eight-and-a-half hour detention last week to The New York Times’ Edward Wong and Mia Li, author Murong Xuecun gives a more detailed account of his time in custody in an op-ed at the newspaper. He surrendered to police in protest at detentions that followed a meeting about the anniversary of the 1989 Tiananmen crackdown. Because one of his essays was read aloud at the gathering, he reasoned, he must be equally guilty.

While waiting, I picked up a copy of “Readings Selected From Important Speeches by Xi Jinping,” lying on a desk. One chapter was about building “a China ruled by law.” I might have been encouraged by our president’s words had I been sitting somewhere else.

[…] The conversation turned to whether I had broken the law. I told them that I assumed they thought I did because they arrested my friends who were at the Tiananmen commemoration. The officers didn’t like that I made the law sound capricious. The law is not about what they “think,” one of them said. The police, the officer said, had arrested my friends because they broke the law.

[… O]ne asked: “If we arrest you today, will you be able to refrain from hyping it up when you get out?” I told them I could not promise to do that. [Source]