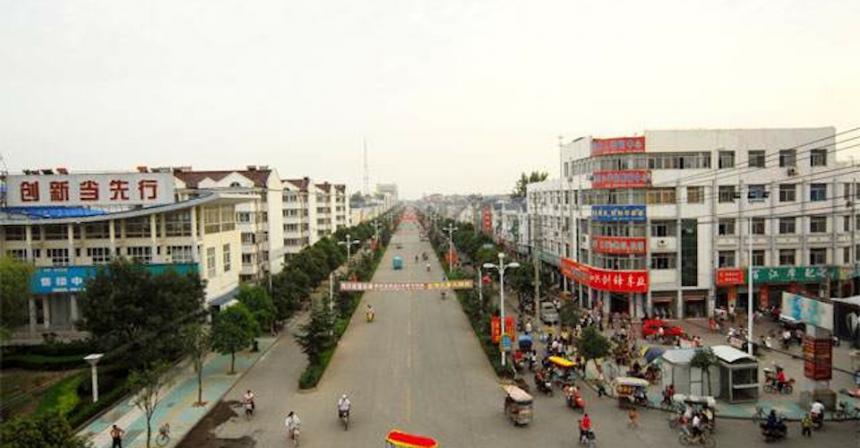 At Foreign Policy, Alexa Olesen reports on a fresh scandal in the Jiangsu town from which seven petitioners traveled to Beijing to attempt public suicide this month.

They worked under cover of night in early June, dumping truckloads of dirt on the new highway and planting fast-growing soybean seeds in the thin soil. Then they erected a sign alerting passersby to the freshly sown crop. This wasn’t some ecological initiative like urban roof gardens or solar street lamps; it was an attempt literally to cover up a sprawling highway construction project. Officials in Sihong, a county of about one million people in China’s wealthy, coastal Jiangsu province, had built the network of blacktop without a needed green light from provincial land management authorities. (China has strict quotas on how much arable land can be converted for construction projects due to concerns about food security and grain self-sufficiency.) Over the last week, their bumbling efforts to cover their tracks, with a field of beans, have made them the laughing-stock of Chinese state media and the country’s Internet.

[…] But as the story percolated, many realized that Sihong was not only the birthplace of the amusing bean fiasco, but also the hometown of a group of seven petitioners who on the morning of July 16 had gathered outside the offices of the China Youth Daily, a state-run paper, in Beijing and swallowed pesticide. The mass suicide attempt was intended as a protest against land seizures by officials back home. The group had tried bringing their grievances to government officers earlier, but to no avail. Here was a story smack at the intersection of awful and the absurd. [Source]