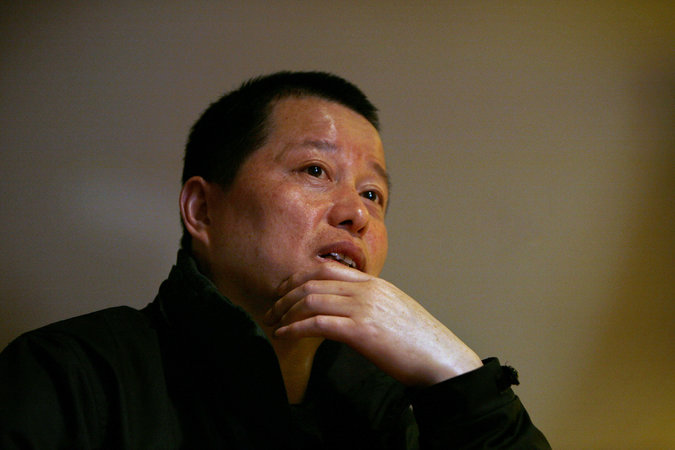 On Thursday, Chinese authorities released prominent human rights lawyer Gao Zhisheng from a prison in Xinjiang after he was held there for almost three years for “inciting subversion of state power.” Gao, who is known for handling politically sensitive cases on behalf of clients such as underground Christians and Falun Gong practitioners, has been repeatedly detained and mistreated since 2005. Megha Rajagopalan at Reuters reports:

China freed a prominent human rights lawyer after three years in prison on Thursday, his brother told Reuters, ending the latest period of detention for the religious-freedom campaigner whose treatment attracted international condemnation.

Gao Zhisheng, a Beijing-based lawyer, was held for almost three years from December 2011 at a remote prison in the far-western region of Xinjiang. He was accused of inciting subversion of state power, according to the official Xinhua news agency.

Gao’s wife, Geng He, told South China Morning Post that her husband’s poor dental health is a strong indication that he was tortured in custody. From Verna Yu:

Geng said the only thing her husband told her was that “his teeth were in a bad way”.

[…] “From the state of his teeth, I think we can believe he has been tortured,” Geng said in a quivering voice, weeping over the phone.

“If his teeth were like this, can the rest of his body be any good?

“How could he have been treated like this when there is so much attention on his case?”

[…] “He is such a talented individual … Yet torture and imprisonment have ruined his life,” she said. Gao’s older brother, Gao Zhiyi, also confirmed his brother had been released but declined to elaborate. [Source]

Many fear that he will continue to be denied freedom outside prison, the Associated Press reports:

Jared Genser, Gao’s international lawyer called on the Chinese government to remove the security cordon around Gao, let him speak freely, and travel in China and abroad.

“While Gao has been released from prison, it is abundantly clear he is not yet free,” Genser said in a statement. “Until he is reunited with his wife and children, our work will continue.”

Gao’s release and reunion with relatives marks a potential turning point for him after being allowed only two visits by relatives over the past three years. His wife and two children fled to the United States in 2009, fearing for their safety, and were accepted as refugees.

But activists and other rights lawyers said they are doubtful that the authorities would grant even some basic freedoms to Gao, who’s still considered a leading light in the country’s small rights lawyers’ community. [Source]

Gao now begins his supplemental sentence of one year of deprivation of political rights (DPR). China’s Criminal Law, promulgated in March 1997, stipulates that DPR sentences of 1‒5 years be applied to individuals convicted of inciting subversion (which falls under the category of endangering state security) and other serious crimes. According to Chapter 3, Section 7 of the Criminal Law, people serving DPR sentences lose their rights to freedom of speech, press, assembly, association, procession, and demonstration.

[…] According to the regulations, public security authorities in Urumqi (Gao’s place of residence) will be responsible for monitoring and observing him during DPR. He must report periodically to police and receive their approval to travel outside Urumqi. The regulations prohibit Gao from giving interviews to journalists, and from “publishing or circulating, inside or outside China, any remarks, books, audio recordings, or other such items that damage the reputation or interests of the state or pose any other threat to society.”

[…] Local public security bureaus have a high degree of discretion to establish measures targeting specific individuals during the enforcement of DPR. Given what is known about how Gao was treated during the period of his suspended sentence, portions of which were spent in Urumqi, and the current tense situation in Xinjiang arising from ethnic strife between Uyghurs and Han, it is likely that the Urumqi public security authorities will strictly implement the regulations, thereby effectively restricting Gao’s personal freedom and contact with the outside world. [Source]

Click through to view a timeline of Gao Zhisheng’s case from Human Rights Watch.