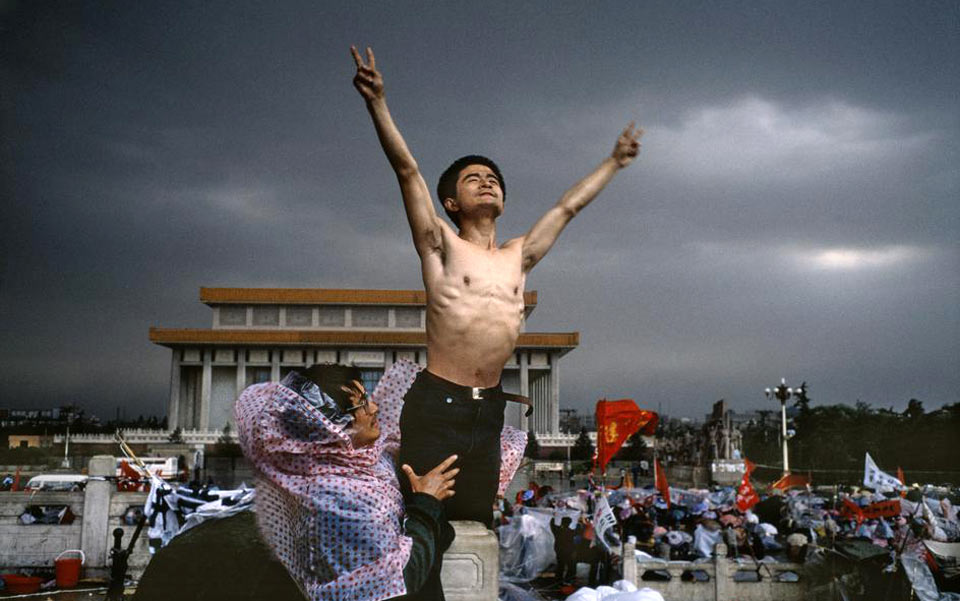 In Aeon Magazine, writer and filmmaker Xiaolu Guo ruminates on her generation’s political apathy, and in particular her brother who was an enthusiastic participant of the 1989 protest movement but later disengaged from politics:

Now my brother and I have arrived at early middle-age. He got married in 1997 – the year Ginsberg died – and has worked in a government office ever since. He owns a house and a car, and has a daughter under the One Child Policy – although he still writes and paints, if he has had enough to drink. But he no longer shouts slogans calling for China’s democracy. The last time he visited Tiananmen Square was several years back, before his daughter was born. Politics, for him, is a joke. He has put on weight, no longer the skinny, hungry, long-haired young artist in my memory. His latest passion is watching the rise and fall of the property market. The only habits he has clung to are his chain-smoking and drinking. Does that mean he still holds some angry but youthful thoughts, or are these the signs of total failure?

Ten years of living in Beijing turned me into an angry young artist trying to find my way in an ideologically rigid society. I churned out novels vaguely attempting to impersonate Jack Kerouac; but my film scripts were censored and couldn’t be made into films. As I approached 30, I decided to leave China; youth seemed to have lost its vitality for me and Europe had always been my dreamland of Western civilisation. I decided to settle in England. London is my adopted home, and London has adopted me among millions of other immigrants. It rains most of time, but whenever it’s sunny I take a walk in the parks and write my novels on those old wooden benches. Sometimes I wonder if I should write a humorous poem entitled One Morning, I Took a Walk in England, just to pay homage to Ginsberg. And yes, I think about Western democracy and the decline of European civilisation. And, I hear you asking, what happened to my beliefs and dreams? [Source]