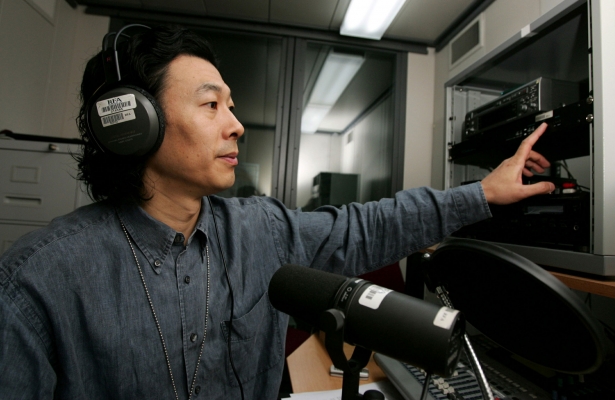 Earlier this month, an explosion at a metal works factory in Kunshan, Jiangsu, which makes car wheels for foreign automakers, killed at least 75 people. Lax enforcement of safety regulations was blamed for the accident. In the wake of the explosion, workers and activists have joined together to write a public petition calling for greater protections of workers’ rights and safety, and for the right to carry out collective bargaining. All labor unions in China are controlled by the official All-China Federation of Trade Unions, and activists’ recent efforts to create independent unions have been stymied.

Han Dongfang is a long-time labor activist who came to international prominence during the 1989 Tiananmen protest movement and now heads China Labour Bulletin in Hong Kong. Michelle Chen of The Nation spoke with Han about how Chinese workers can utilize unions to defend their rights and bring about democracy:

[..I]n the past few months alone, China has seen scores of wildcat strikes, demonstrations, periodic riots and even the occasional boss taken hostage. The government generally treats this strife as part of the dynamics of China’s astronomical growth. And the labor market is, in a way, akin to the country’s churning consumer market: the state knows it cannot control every aspect of Chinese society and is willing to allow a measure of market “freedom” as a self-regulating social ecosystem. Fostering commercial exchange keeps workers busy and fed and keeps factories humming. On the factory floor a parallel balancing of interests plays out, between workers—who, at established firms, generally belong to the government-run union—and employers—who, like their Western counterparts, want to keep profits flowing above all else. Manufacturing workers typically have some form of labor contract and are hooked into a national, employer-funded social insurance system, at least in theory. The system works if labor has enough autonomy to exert some control over their working conditions, through negotiation with bosses or bringing legal complaints. That doesn’t happen nearly enough. So CLB seeks to equip workers with collective bargaining skills and legal savvy to represent themselves to their employers and the government.

According to Han, the first step toward empowering the workforce is to wrest power from the bosses and the official state-run union.

Now that China in capitalist transformation has entwined neoliberal economic cycles with modified authoritarianism and a creaky welfare state, workers are being vastly exploited by their bosses and constrained politically by the regime. Yet Han believes the union structure still offers an opening for labor representation. Advocates need to know the right pressure points in the triangular relationship among the state and official union, management, corporate power structure and rank-and-file—and they must understand how to use their leverage. [Source]

The audio version of the interview was broadcast on WBAI’s Asia Pacific Forum.