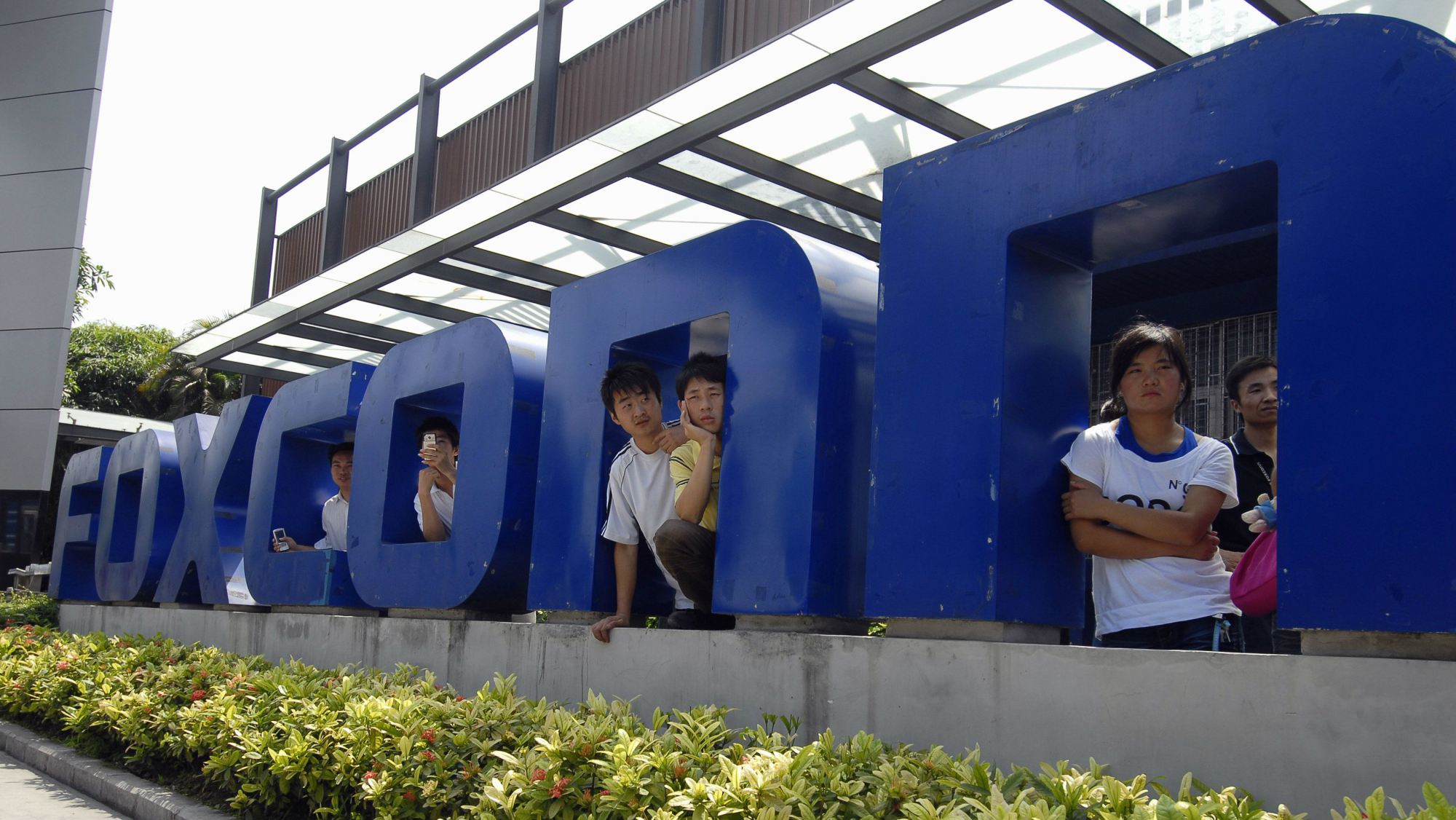 Foxconn, the manufacturing contractor responsible for assembling as much as 40% of the world’s consumer electronics, has achieved infamy for shoddy labor conditions, worker suicides, and the use of underpaid and underaged student interns. The Taiwanese firm, which employed more Chinese workers than any other private company in 2011, has in recent years pledged to improve conditions.

While organized labor advocacy in China remains risky business, the number of labor protests nationwide is rising sharply as workers become more aware of their rights. Rising wages are also contributing to labor shortages in many Chinese manufacturing hubs, further increasing laborers’ cache of bargaining chips. Amid all of this, a report from Quartz looks at Foxconn as an example of changing trends in workers’ organization capabilities throughout China, noting that there is still much ground to be covered:

In “Foxconn City”—another name for the 850-acre (344-hectare) campus of factories, dormitories, grocery stores, banks, and cafes, with its own radio and television stations and fire brigade—China’s growing, and in many ways struggling, labor movement is on full display. Here, where over 200,000 factory workers build electronics like iPhones, iPads, Kindles, Microsoft Xbox consoles and other devices, the company is openly encouraging people to participate in trade unions and junior employees to stand for election. It’s an approach that more factories in China are taking to keep an increasingly scarce, highly valuable manufacturing workforce happy.

But dig a little deeper, and the “workers’ rights” movement at Foxconn starts to look more like a facade. Quartz spoke to factory workers, labor organizers, and researchers about how Foxconn’s management and the Chinese government are trying to make workers happier. Foxconn declined to be interviewed for this article. Here is what we found.

[…] Things are changing in Foxconn City…

[…]…but change is slower than it seems

[…] What’s happening at Foxconn is happening across the country, with varied results. After the string of protests this spring by workers at shoe factories across Dongguan, ACFTU’s trade union in Dongguan agreed to allow workers to elect representatives to the union. In July, the Guangdong Federation of Trade Unions said it would make democratic trade-union elections (link in Chinese) the norm across the province within five years. Factories in northern and central provinces like Liaoning and Hubei, where labor activism has traditionally been weaker, have started to allow more direct elections too. […] [Source]

Read more about Foxconn, labor rights, and unions, via CDT.