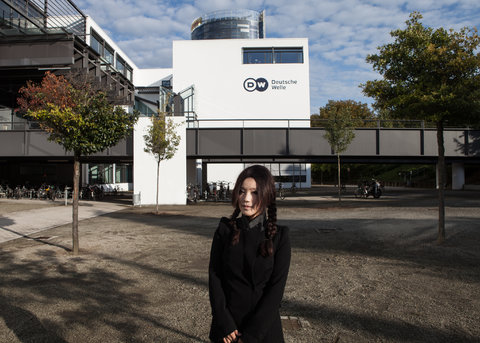 Su Yutong, a Chinese journalist who was fired by Deutsche Welle last month following a debate over the Tiananmen democracy protests, has issued an open letter to the German broadcaster’s director general urging him to speak up for press freedom during his visit to China. Didi Kirsten Tatlow at The New York Times reports:

Ms. Su called on Peter Limbourg to “raise the issue of press freedom and speak about how the CCP” — Chinese Communist Party — “government has monopolized all media to spread propaganda and lies, to persecute journalists and hide the truth,” in the letter on her Facebook page.

Mr. Limbourg was in the western Chinese region of Xinjiang, Deutsche Welle said by telephone on Monday from its headquarters in Bonn. He was to take part in a China-German Media Forum starting on Tuesday in Beijing co-sponsored by Global Times, a nationalist newspaper that is part of the Communist Party’s flagship People’s Daily group, the broadcaster confirmed.

[…] Ms. Su also appealed to Mr. Limbourg to visit Gao Yu, an outspoken journalist who contributed to Deutsche Welle and was detained by the Chinese authorities in April. Ms. Gao, about 70, is in prison in Beijing, charged with leaking state secrets to a foreign news site.

Ms. Su’s letter highlights a growing debate over the political direction of Deutsche Welle’s China coverage, which began on June 4 when it ran a column by a Beijing-based media consultant, Frank Sieren, in which Mr. Sieren called the 1989 Beijing massacre a “one-off.” [Source]

China Change has translated a series of responses to Sieren’s column by Chang Ping. Chang is also a DW contributor, but the organization declined to publish his rebuttals. In the most recently translated piece, he describes Chinese authorities’ use of internet censorship, education, propaganda, publishing and pop culture to carry out “the unabashed engineering of hearts and minds.” Read more on press freedom in China via CDT.