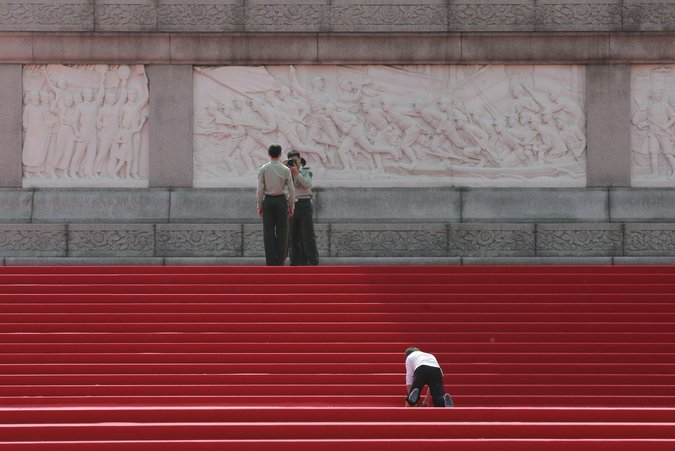 The Chinese government has designated September 30th as a national Martyrs’ Day to commemorate those who lost their lives fighting foreign forces, but critics see the move as an attempt to strengthen nationalist sentiments and promote a Party-centric version of history. Ian Johnson at The New York Times reports:

Government officials insist the holiday, called Martyrs’ Day, is no different from holidays honoring the war dead in other countries, like Memorial Day in the United States or Remembrance Day in many countries of the Commonwealth.

[…] But some analysts see the holiday as part of an effort by the Communist Party to enshrine itself as the nation’s guardian against invaders and as the arbiter of who is considered a martyr.

The holiday was added to the calendar on the heels of two other new war-related commemorations. Last February, Parliament ratified Dec. 13 as a memorial day for the 1937 Nanjing Massacre and Sept. 3 as the day China commemorates Japan’s surrender in World War II.

Martyrs’ Day falls on Sept. 30, the day before China’s National Day holiday. The date was selected because on that date in 1949, construction started on the iconic Monument to the People’s Heroes in Tiananmen Square in Beijing. The 125-foot obelisk memorializes the sacrifices made to achieve the founding of the People’s Republic that year. [Source]