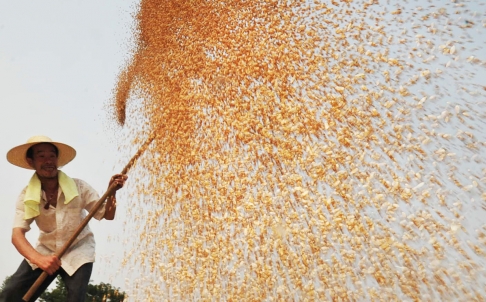 Professor Zhang Fusuo of China Agricultural University led a team of researchers to successfully develop a new agricultural method that has been proven to increase harvests without harming the environment. Mandy Zuo at South China Morning Post reports:

Researchers said they had tested “smart” agricultural management, using scientific knowledge to better match local soils and climate and optimise nutrient requirements, in more than 150 field experiments in major production areas for rice, wheat and maize in the past five years.

Farmers could significantly boost yields and cut their reliance on fertiliser if the techniques were adopted, they said in the study, published yesterday on the website of scientific journal Nature.

Zhang Fusuo, a professor at China Agricultural University who led the team, said that although grain production had increased, harvests relied on large amounts of fertiliser, and the approach was unsustainable.

“Our research proves that we can reduce environmental costs when we strive to increase crop yields persistently and ensure food security,” he said yesterday. [Source]