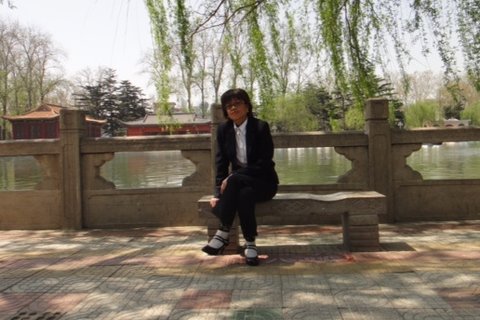 An AIDS researcher, Wang Qiuyan, was prevented from attending a women’s rights conference put on by the United Nations, when authorities forcibly registered her at a hospital. Jess Macy Yu reports for the New York Times:

Wang Qiuyun, 46, a member of the Women’s Network Against H.I.V./AIDS China, was to have consulted Thursday with experts reviewing China’s case before the Committee for the Elimination of All Forms of Discrimination Against Women.

In an interview on Wednesday, she said she was currently under close surveillance at her home in Hebi, Henan Province, after local officials took away her passport with her newly issued Swiss visa on Oct. 10. On that same day, she was driven to the Hebi City Infectious Disease Hospital by six officials, registered as a patient and told to notify the conference that she was “too sick to attend.”

That night, she said she was able to quietly escape the hospital.

Ms. Wang, formerly director of women’s services with the Henan Province Family Planning and Medical Station, has in recent years devoted her time to the Women’s Network Against H.I.V./AIDS China, an organization founded in 2009 with the support of Unaids, the United Nations agency dealing with AIDS, to help Chinese women with H.I.V. improve the quality of their life. [Source]

Simon Denyer at the Washington Post looks at Wang’s work and the possible reasons for her travel ban. Wang herself contracted HIV, most likely during an operation when Henan was the center of an HIV epidemic in the 1990s:

“I don’t know why this happened,” Wang said in a telephone interview. “I’ve explained to the police and other officials many times that I was just going to talk about helping women with AIDS, and about children who suffer discrimination because of their parents’ HIV status.”

The report she was due to present, on behalf of the nongovernmental group Women’s Network Against HIV/AIDS China (WNAC), concludes that the HIV epidemic among women in China is on the rise, partly because of a lack of awareness and low condom use among sex workers.

It also argues that women face “serious discrimination and humiliation” in health care, employment and education, and that strong laws against prostitution — including police regulations that equate condom possession with prostitution — were discouraging sex workers from carrying condoms. [Source]

Read more about the Committee on the Elimination of Discrimination Against Women, currently meeting in Geneva:

Just before the lunch break, the Chinese delegation responded to #CEDAW that there is no extralegal detention in China.