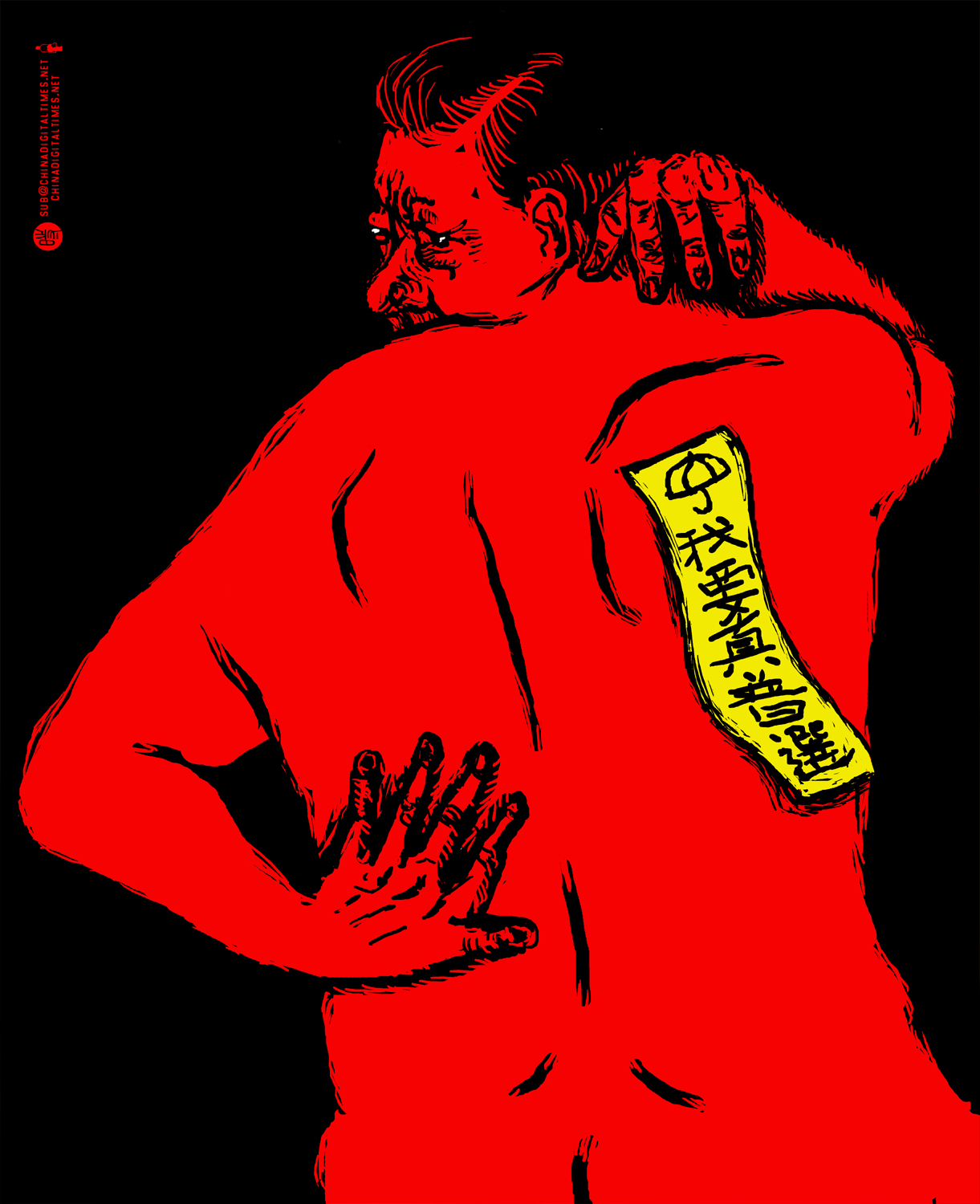 For his latest cartoon, Badiucao uses the image of the yellow banner declaring “I want real universal suffrage,” which pro-democracy supporters recently hung from Lion Rock in Hong Kong.

Badiucao’s drawing shows Xi Jinping trying to scratch an itch that remains just out of reach on his back. The Chinese expression “a thorn on one’s back” (芒刺在背) has a similar meaning to the English phrase “a thorn in one’s side,” or a persistent and irritating problem. For Xi Jinping, that problem is the ongoing Hong Kong protest movement.

The Thorn in Xi Jinping’s Side, by Badiucao for CDT: