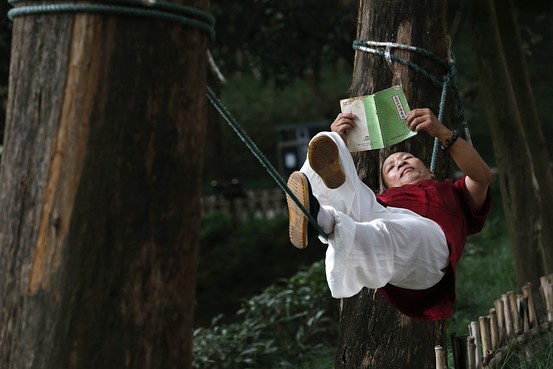 The publishing regulator circulated a notice to say that books by the writers, including prominent liberal economist Mao Yushi, were “not to published”, according to the notice, obtained by Reuters.

“A national government organ is daring to risk universal condemnation, in open opposition to the constitution,” Mao wrote on his microblog. “What is our government actually trying to do? It makes one suspicious.”

[…] Booklovers responded by going online to castigate regulators, and at least one retailer moved to take advantage of the publicity by running a promotion on the supposedly soon-to-be-scarce books.

[…] “These days, smothering someone is as good as crowning that person—previously unnoticed but now many people are interested in his views and works,” one user wrote on Weibo, referring to the rumored ban. “A ‘smothering’ order is a reading list.”

[…] Two major bookstores in Beijing, however, said they had received no orders relating to any of the authors and were continuing to sell the books they had in stock. Mr. Xu, one of the allegedly blacklisted authors, told China Real Time he had only seen the rumors online and didn’t know whether his books were banned.

Regardless whether a ban was actually in force, some enterprising booksellers are already hoping to cash in. Chinese online retailer Dangdang.com set up a special promotional page on its website offering discounts on works by Messrs. Mao, Xu, Yu and Leung. [Source]

Update (10./14/2014 11:00AM PST): On Sunday, CDT Chinese posted a screenshot of Dangdang.com’s special promotional page, which the retailer has since taken offline.