China Asked to Back ICC Case Against North Korea 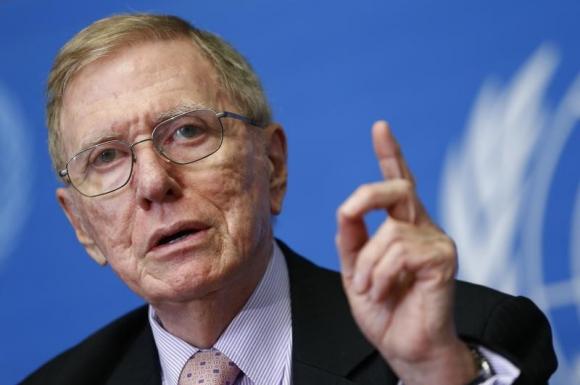 The U.N.’s chief investigator into North Korean human rights issues has asked China to support an International Criminal Court case against Pyongyang, rejecting the widespread assumption that Beijing will inevitably shield its neighbor and ally. From Mirjam Donath at Reuters:

Michael Kirby, a former Australian judge who led the independent U.N. inquiry into alleged human rights abuses in North Korea, told reporters at U.N. headquarters that it was by no means certain Beijing would block an ICC referral.

“I don’t think a veto should be assumed,” Kirby said. “China is a very great pal with great responsibilities as a permanent member. Veto is not the way China does international diplomacy. China tends to find another way.”

[…] Kirby emphasized that China has only 10 vetoes, the lowest number of any of the five permanent members. That is a fraction of the dozens of times Russia and the United States have vetoed resolutions in the 15-nation council. [Source]

China defended North Korea against the U.N.’s “unfair criticism” earlier this year, however, and has barred the organization’s investigators from operating on its side of the border. At the same time, it has grown increasingly resistant to international pressure on its own rights situation.

China Rebuked by 22 Nations Over Xinjiang

Experts Renew Call for Probe Into Death of Cao Shunli