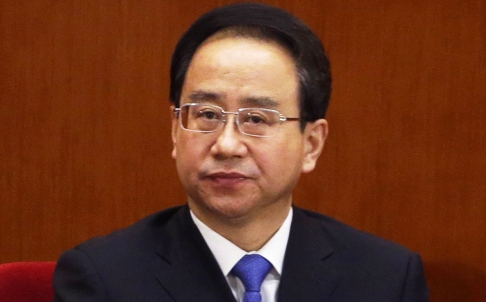 Authorities are stepping up the corruption investigation into the family of Ling Jihua, a former close aide to Hu Jintao. Ling was thrown into the spotlight during the time of the leadership transition in 2012 when it was revealed that his son has been killed after crashing his Ferrari and that top Party officials had helped cover up the accident. At the time, the allegations appeared to damage Hu Jintao’s influence in the government as Xi Jinping took over power. Now, Ling and two of his four siblings are being investigated. The South China Morning Post reports:

The detention of Ling Wancheng will help authorities prepare a move against Ling Jihua, the second-youngest and most powerful of the five siblings. Sources said the investigation against Ling Jihua could start soon after the Communist Party leadership wraps up its agenda-setting meeting today.

Ling Jihua was on the fast track to the highest reaches of political power before his career was ruined in 2012 by the scandalous death of his son in a Ferrari crash. But even after his fall from grace, Hu’s trusted top aide has held on to a ministerial position as head of the party’s United Front Work Department, a vice-chairmanship of the Chinese People’s Political Consultative Conference and membership of the party’s elite Central Committee.

For the better part of Hu’s presidency, Ling Jihua, although not a Politburo member, commanded power and influence far greater than his position and party ranking suggested, becoming known as a go-to man in mainland politics.

If the case against Ling Jihua goes ahead, it will be the biggest political scandal since the fall of former security tsar Zhou Yongkang. [Source]

For World Policy, Jonathan Brookfield writes about how the broader investigation could be part of Xi Jinping’s efforts to consolidate his power in order to push forward his economic agenda:

In March, Xu Caihou, former Poliburo member and vice-chairman of the Central Military Commission, was taken from his sick bed in Beijing and detained, and in June, accused of accepting bribes, he was expelled from the Communist Party and turned over to military prosecutors for a court martial. This is significant because Xu Caihou has often been considered an ally of former Secretary General of the CCP Jiang Zemin. In addition, after reports earlier in the summer that Wang Jiankang had been detained, in August it was reported that Wang had re-emerged in public at a meeting where he gave a briefing on agriculture. With Wang being Ling Jihua’s brother-in-law and Ling Jihua having been one of Hu Jintao’s key lieutenants, this latest report is also interesting.

Taken together, if the two stories represent a slowing of Xi’s efforts to go after Hu and a ratcheting up of pressure on Jiang, that would be news indeed. It would also seem to indicate abilities on Xi’s part to prioritize and build coalitions of convenience, skills one could imagine being quite handy for surviving the intense political environment in Beijing. [Source]