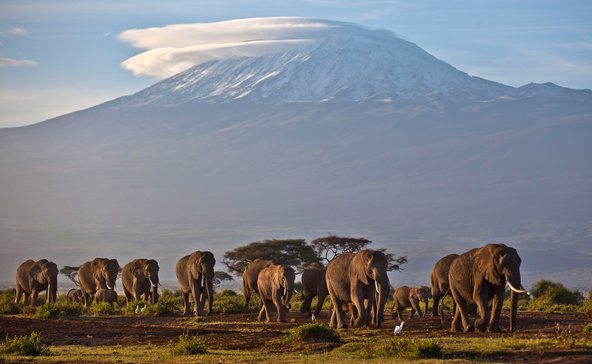 An environmental watchdog organization has accused Chinese officials and businessmen of smuggling ivory during a state visit to Tanzania led by President Xi Jinping. The accusation has cast doubt over China’s commitment to end the illegal trade amid a surge in elephant poaching in Tanzania. Dan Levin at The New York Times reports:

[A]ccording to a report by the Environmental Investigation Agency, a nongovernmental organization based in London, members of the Chinese delegation used Mr. Xi’s visit as an opportunity to procure so much illegal ivory that local prices doubled to about $318 a pound. Two weeks before Mr. Xi arrived, Chinese buyers purchased thousands of pounds of poached tusks, which were “later sent to China in diplomatic bags on the presidential plane,” said the report, which was released on Wednesday.

The Chinese government has been trying to prove itself a responsible state actor that is serious about abolishing corruption and abiding by international law. But the report, “Vanishing Point: Criminality, Corruption and the Devastation of Tanzania’s Elephants,” details Chinese diplomats and military personnel colluding with Tanzanian officials and Chinese crime syndicates to send illegal ivory to China, decimating Tanzania’s elephant population in the process.

“Tanzania is the largest source of poached ivory in the world and China the largest importer of smuggled tusks,” the organization said in a statement.

[…] The slaughter of African elephants has increased along with China’s influence on the continent, and a report by the Tanzania Elephant Protection Society said relations between the two countries “fuel elephant killings.” [Source]

The Environmental Investigation Agency details the ways in which corrupt Tanzanian government officials have colluded with their Chinese counterparts over the years in the illegal buying and selling of elephant tusks:

A year earlier, a secret list of the main culprits behind the crisis was handed to Tanzania’s President Jakaya Kikwete by intelligence sources, containing the names of prominent politicians and businesspeople regarded as untouchable due to links to the CCM; most people on the list have not been investigated further or arrested.

As far back as 2006, EIA investigators were told by Mwenge suppliers that some Chinese Embassy staff were major buyers of their ivory. An official of Tanzania’s wildlife department even offered to sell the investigators tusks from the Government’s ivory storeroom and to put them in touch with a dealer who could provide ivory from the Selous Reserve. [Source]