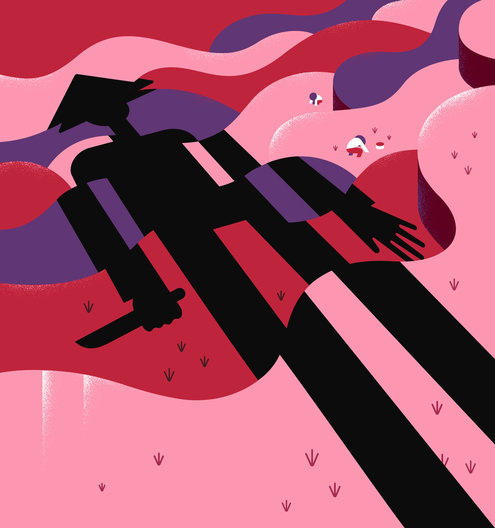 Joe Zhang, the author of “Party Man, Company Man: Is China’s State Capitalism Doomed?” and a former manager at the People’s Bank of China, discusses the breakdown of traditional social norms in rural China and how government intervention can provide the needed resources to reverse this trend. From The New York Times:

China’s traditional social fabric has become shredded — and the disintegration is most obvious in the countryside, where families are falling apart, crime is soaring and the environment is killing people. Many villagers who were happy to have the state retreat from their private lives in recent decades are now crying for government intervention. Something has to be done to rebuild China’s languishing village life.

[…] The state of my family’s home village of Jingmen, Hubei Province, is common across China. Its roads are no longer usable as they have not been maintained for over a decade. The community buildings have been torn down; the last time I was there I only saw dust and broken tiles all around.

Rural families are suffering. The suicide rate in the countryside is three times as high as in the cities, according to reports from 2011. My uncle, who had been living in a makeshift shack after his grown children kicked him out of their house, hanged himself four years ago, never having recovered from the death of his wife two years earlier.

[…] Beijing’s effort to decentralize the country’s governance over the past few decades has played a major role in this social decay. The elections of village heads are often rigged and corruption is rampant. The retreat of the state has left a dangerous power vacuum, and many villagers have been left to fend for themselves. There is a lot of talk of mafia-like groups wielding power behind the scenes.

[…] While the government is still obsessed with economic growth rates, the country’s inequality and a damaged environment — especially in the villages — are much bigger challenges. Whatever libertarians say about the undesirable consequences of the state, many rural Chinese, particularly the poor like my relatives and fellow villagers, want more government intervention. Farmers are forming petition groups in various places, demanding the government intervene in land disputes, pollution and election fraud. [Source]