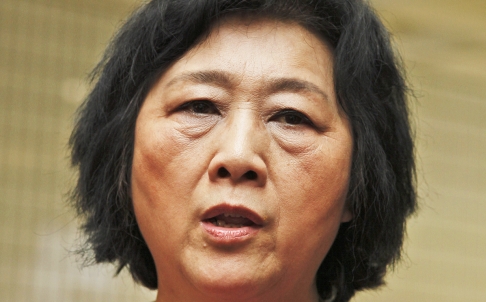 Veteran journalist Gao Yu was detained in April on accusations of “leaking state secrets,” and was shown “confessing” on CCTV. However, days before her expected trial on Friday, Gao Yu has proclaimed her innocence and said she confessed only under duress. Verna Yu at South China Morning Post reports:

The veteran journalist, 70, told judges and prosecutors at a pre-trial meeting on Monday that her “confession” to police earlier this year was to protect her son, lawyer Mo Shaoping said.

Gao has been in criminal detention since April 24 accused of “leaking state secrets abroad” – a confidential Communist Party document. Her son, Zhao Meng, was detained on the same charge but later released.

“Gao Yu said the guilty confession … was extracted against her will when threats were made against her son,” Mo said, declining to elaborate.

She told prosecutors earlier that her confession was illegally obtained and should not be used as evidence against her, he said. [Source]

PEN International honored Gao as part of this year’s annual Day of the Imprisoned Writer, and to mark the occasion, writer Elif Shafak wrote an open letter to Gao, published in The Guardian:

As history has shown us, democracy is nothing but a lame word if there is no space in it for criticism, creativity and dissent. Societies move forward not through sameness and repetition, but thanks to differences of opinion and intellectual diversity. Raising important questions, something you have done so bravely and so honestly, is an integral part of this process. There are things that are sacred for all human beings everywhere around the world like water and bread. Words, too, are sacred. They are delicate and strong, intricate and simple, like the ancient art of silk-weaving. The great Chinese culture has given birth to many important philosophers, writers and poets who recognised the value of words and our need to set them free.

We urge the Chinese government to protect you from ill-treatment and to grant you access to your family and a lawyer of your own choice. We are greatly concerned about your well-being; we will be following your case closely and we will stand up for you. [Source]