The Myth of Chinese Super Schools 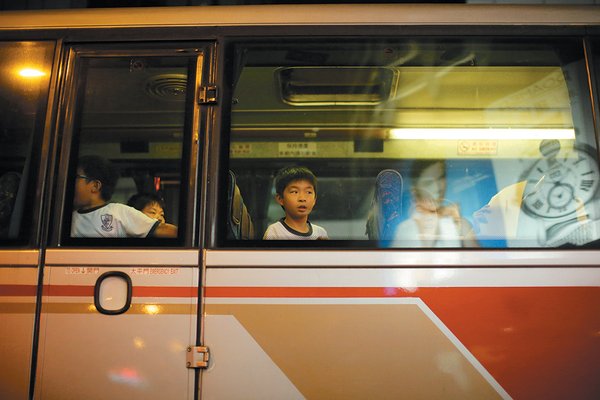 In the New York Review of Books, NYU professor of education Diane Ravitch counters concerns from U.S. education officials about American students’ poor performance on international standardized tests compared to students from Shanghai. She looks at the problems within both the U.S. and Chinese education systems and suggests that members of the Obama administration read Who’s Afraid of the Big Bad Dragon? Why China Has the Best (and Worst) Education System in the World, by Yong Zhao, in order to get a deeper understanding of the situation in China:

China has a problem, however, that is seldom discussed: cheating and fraud. When the government rewards the production of patents for new products, the number of patents soars, but most of them are worthless. High school students get extra points for college admission if they receive patents for their proposals. Zhao points to a school where a ninth-grade class had received over twenty patents; the school as a whole had registered over five hundred patents in three years. Even middle school students had collected national patents. A large proportion of these patents, writes Zhao, are “junk patents” or demonstrations of “small cleverness.” When the government requires the publication of scientific papers for professional advancement, the number of scientific papers increases dramatically, but a high proportion of those papers are fraudulent. Zhao says there is a billion-dollar industry in China devoted to writing “scientific” papers for sale to students and professionals who lack the research skills to write their own.

The quality of China’s patents and research publications, Zhao says, is “abysmal,” because of the circumstances under which they are produced and the ubiquity of fraud. Any criticism of the authoritarian culture that produces cheating and fraud is “viewed as un-Chinese and anti-Chinese” and might lead to “political and legal troubles.”

[…] China is trapped by Western praise. Its education leaders, Zhao writes, would like to break free of the exam-based orthodoxy that limits creativity but they dare not abandon the methods that produce the results that Westerners admire.

China is accustomed to hierarchy and ranking, and the education system delivers both. As the only path to success, students are ranked according to their performance, and very few will win the race. Competition is fierce for the top spots in the top schools and universities. Not surprisingly, wealthy parents resort to cheating and bribery to give their children advantages, such as extra lessons, the best teachers, and the best schools. Chinese educators complain that the competition makes children unhappy and unhealthy, and that it is unfair and inequitable. [Source]

Last month, the Educational Testing Service, which administers the SAT tests, announced that test results for Chinese and South Korean students would be delayed while they investigated allegations of cheating. Haley Sweetland Edwards reports for Time Magazine:

Students from China, India and South Korea now make up roughly 50% of the total number of international students in the U.S., according to a 2013 Institute of International Education report. The number of Chinese students studying in the U.S. has increased by 20% every year since 2008, reaching nearly 200,000 in late 2012.

[…] “Based on specific, reliable information, we have placed the scores of all students who are current residents of Korea or China and sat for the October 11th international administration of the SAT on hold while we conduct an administrative review,” according to a statement from the College Board and ETS released Wednesday to TIME. “The review is being conducted to ensure that illegal actions by individuals or organizations do not prevent the majority of test-takers who have worked hard to prepare for the exam from receiving valid and accurate scores.” [Source]

Read an interview with Yong Zhao from the New York Times (via CDT) and more about PISA scores and the state of China’s education system.