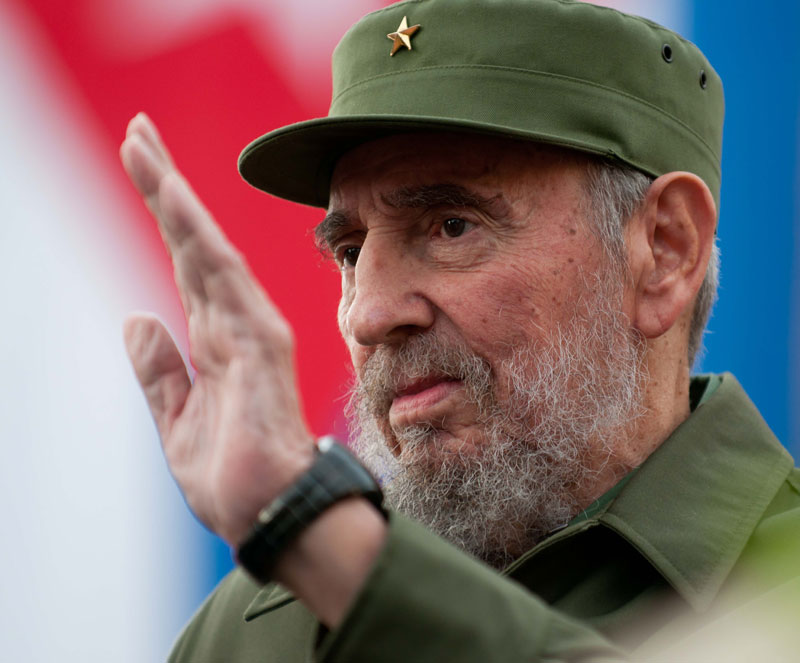 “When Castro was the leader of Cuba, he never used any violence or force when faced with problems and conflicts in international relations, especially in Cuba’s relationship with the United States,” Liu Zhiqin, a member of the award’s organizing committee, told Global Times, a state-run newspaper. “It has important inspirational value in dealing with current international conflicts. After Castro retired, he engaged in positive meetings with world leaders and organizations. Castro also contributed greatly in speaking out against nuclear warfare.”

The Confucius Peace Prize was first given out in late 2010 as a rejoinder to the Nobel Peace Prize. That year, the Norwegian Nobel Committee awarded its Peace Prize to Liu Xiaobo, the Chinese dissident writer who was detained in 2008 and convicted by officials for the crime of “inciting subversion against the state.” Mr. Liu had been the main author of an online petition, Charter 08, that called for gradual political liberalization.

Liu Xiaobo, who has been serving an 11-year prison sentence since 2009, recently managed to get a message to Berlin-based writer Liao Yiwu confirming his welfare behind bars.

At the Wall Street Journal, Chun Han Wong notes that Castro joins his fellow Confucius laureates in not personally accepting the internationally undistinguished award, and translates netizen sarcasm on this year’s prize:

The prize’s apparent irrelevance to its own recipients wasn’t lost on China’s online community.

“If Confucius, in the netherworld, was to know of this, he would be confused and embarrassed,” a user wrote on the Weibo social-media service, referring to Mr. Castro’s award. “Originally the frontrunners for this prize were Saddam [Hussein] and [Muammar] Gaddafi, but unfortunately they have since flown away to paradise,” another Weibo user wrote, referring to the late former dictators of Iraq and Libya. [Source]

President Xi Jinping was named as “Person of the Year 2014” by the Russian Biographical Institute for the “strengthening of economic and political ties with the Russia”, which reflects the rising influence of China and its leader.

[…] The Russian Biographical Institute, founded in 1992, is a nongovernmental and noncommercial organization based in Moscow. Its Person of the Year award acknowledges the recipients involved as being guided by the principles of social, spiritual and moral responsibility.

[…] Even Facebook founder Mark Zuckerberg has said he is a fan of Xi. China.com.cn releaseda photo on Monday of Zuckerberg with a copy of Xi’s book on governance on his desk. The website quoted him as saying that he had purchased several copies of the book so he and colleagues could learn about “socialism with Chinese characteristics”.

The book, Xi Jinping: The Governance of China, a collection of 79 speeches and 45 photos of the president, was released by China’s Foreign Languages Press in October. So far, more than 260,000 copies have been bought by overseas distributors. [Source]