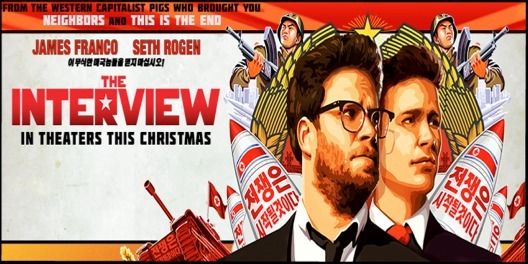 While China’s longstanding ties with North Korea may be deteriorating, the government is still a staunch defender of its neighbor on the international stage. At the United Nations yesterday, China and Russia voted unsuccessfully to oppose a debate at the Security Council over the human rights situation in North Korea, an issue which has again been brought to the global forefront with the recent hacking attack on Sony Pictures. The UNSC discussion, which follows a UN commission report on human rights abuses in the country, was the first of its kind. From Louis Charbonneau at Reuters:

The council meeting on North Korea came after a rare procedural vote sparked by China’s objections to the inclusion of North Korea on the council’s agenda.

There were 11 votes in favor, two against and two abstentions. Russia and China voted against the inclusion of North Korea on the council’s agenda, but as there are no vetoes in procedural votes of the council, the Chinese attempt to defeat the measure failed.

The last time the council held a procedural vote was in 2006, when it added Myanmar to its agenda. Until now, the council’s discussions of North Korea have been limited to its nuclear weapons program. But with Monday’s vote, all aspects of the country can now be scrutinized by the 15-nation body.

Before the vote, China U.N. Ambassador Liu Jieyi said “the Security Council is not the forum to get involved in human rights issues” and it “should refrain from doing anything that might cause an escalation.” [Source]

The United Nations Commission of Inquiry which wrote the report on North Korea recommended that the Security Council file a case against Kim Jong-un and other North Korean leaders at the International Criminal Court, a move which is unlikely to happen with China’s UNSC veto power. Sangwon Yoon reports on yesterday’s deliberations for Bloomberg:

China’s Ambassador Liu Jieyi said his nation objected to “imposing pressure against other countries with the pretext of human-rights issues.”

North Korea’s Ambassador Ja Song Nam submitted a letter to the Security Council condemning the UN criticism as “fabricated on the basis of plots, lies and misinformation and forced by the United States and other hostile countries in a highhanded and arbitrary manner.”

Two UN officials briefed the council on the regime’s alleged crimes against humanity, from forced prostitution and torture to an extensive system of political prison camps.

Added to that condemnation was the U.S. assertion, denied by North Korea, that it was behind the attack on Sony’s computers. The intrusion exposed Hollywood secrets, destroyed company data and caused the studio to cancel the release of “The Interview,” a satire about two American journalists involved in a CIA plot to kill Kim. Sony has said it’s looking for a new way to release the film after U.S. theater chains refused to show it due to online threats of violence. [Source]

The U.S. has asked China for assistance in investigating the hacking attack; while not agreeing to cooperate, China has announced it is carrying out its own probe into the source of the attack, Bloomberg reports:

The foreign ministry will cooperate with other Chinese agencies including the Cyberspace Administration to conduct a preliminary investigation, said the person, who asked not to be identified because the probe hasn’t been made public. The decision was made after U.S. Secretary of State John Kerry spoke by phone on Dec. 21 with China’s Foreign Minister Wang Yi.

[…] “China would support the U.S. call for cooperation on the Sony cyber-hacking case; it could provide relevant intelligence,” said Liu [Ming, director of the Korean Peninsula Research Center at the Shanghai Academy of Social Sciences]. “What Beijing can do may be limited because China-North Korea ties are lousy, and Beijing doesn’t have as much sway over Pyongyang as is perceived.”

The sensitive nature of the incident also means Beijing will be cautious in any cooperation with U.S. authorities, according to Liu.

“It will create many problems if Beijing gets involved too much, because cyber-hacking is always a thorn in side in the Sino-U.S. relations and Americans accuse the Chinese of doing cyber-attacks,” Liu said. [Source]

Following a speech by President Obama, in which he promised a “proportional” response to the Sony attack, North Korea’s Internet access, which is limited to only a few elite groups in the country, went down on Monday. It has not yet been determined who or what caused the 9.5 hour outage, but hacker groups aligned with Anonymous have claimed responsibility.

While China-North Korea ties may be “lousy” at the moment, China provides North Korea’s sole gateway to the Internet, while also providing other key resources to prop up North Korea’s economy. But that does not necessarily give China access to prevent hacking attacks in either direction, according to Martyn Williams at ComputerWorld:

North Korea relies on China for Internet connectivity, partially due to longstanding ties between the two nations and partly because it has few options. North Korea borders just three countries: South Korea, with which it is still technically at war, Russia and China. The Chinese Internet is well developed and the Russian border is far from Pyongyang, the North Korean capital, making China a good choice.

A connection from China Unicom into the country first appeared in late 2010. Until then, North Korea had no full-time connection to the Internet — just an email service that relayed messages every hour or so.

The country was brought online by Star, a joint venture between the Korea Posts and Telecommunications Co. and Thailand’s Loxley Pacific. It provides connectivity to a handful of websites in Pyongyang and those lucky enough to be permitted Internet access: foreigners in the country, senior students at elite universities, scientists and a handful of others. Usage is understood to be closely monitored.

And that’s it. There are no other known Internet connections. [Source]

But, according to the idea of “Internet sovereignty” put forward by China’s Internet czar Lu Wei, China is obligated to assist the U.S. in investigating the Sony attack, Nathan Gardels argues in the World Post:

According to this view that China is robustly promoting worldwide, the Internet should operate under the laws and rules of the given nation-state across whose territory information is transmitted.

Lu also wrote that “It is the essence of the development of the Internet that the Internet should bring peace and security to humans [and] should deny access to criminals and terrorists.”

[…] By the logic of Lu Wei, and by his declaration against the use of Internet for criminal activity and terrorist threats, China is thus obliged to aid the U.S. in denying North Korea access to the means of launching the kind of attacks it has on Sony and America’s moviegoing audiences. [Source]

Meanwhile, Sony announced that “The Interview” would have a limited release on Christmas Day after all.