Amy Chang on the Internet with Chinese Characteristics 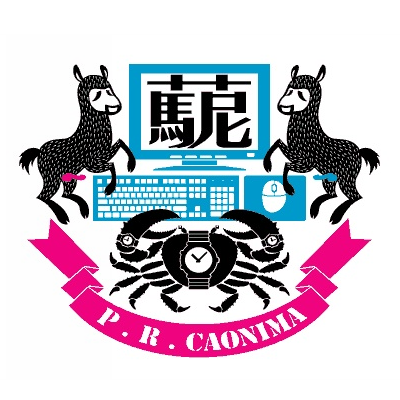 China is becoming increasingly assertive in controlling its Internet borders. At the World Internet Conference held in Wuzhen, Zhejiang after the APEC summit last month, a manifesto on the central government’s right to “sovereignty over the Internet in China” was slipped under the hotel room doors of attendees. The conference was an opportunity for China to defend the Great Firewall, not break it down.

Digital insularity may be paying off. The Great Firewall creates a vacuum for homegrown Internet companies to fill. Once Twitter, Google, and Facebook were out of the picture, Weibo, Baidu, and Renren filled the space. Domestic web platforms, while not yet household names abroad, are now gaining foreign investment, as evinced by the Alibaba IPO this summer. Facebook is now looking for a way back into China. It has opened a field office in Beijing to help Chinese companies advertise on the site. When cyberczar Lu Wei visited Facebook headquarters earlier this month, CEO Mark Zuckerberg had a copy of Xi Jinping’s The Governance of China on his desk, and explained that he had given copies to colleagues to help them understand “socialism with Chinese characteristics.”

“Internet sovereignty”—the maintenance of national cyberborders—is a key element of Chinese Internet control, argues Amy Chang, a researcher at the Center for a New American Security, in her recent report Warring State: China’s Cybersecurity Strategy. At the Huffington Post, Chang warns that “China is openly undermining the United States’ vision of a free and open Internet”:

China’s list of prohibited content online includes any information that: endangers state security, damages state honor and interests, spreads rumors, and disrupts social order and stability. These draconian regulations are further reinforced by Chinese literature on cybersecurity strategy. Chinese cyber scholars, for example, have noted instances where loss of control over the Internet toppled regimes in Tunisia and Egypt. Nothing frightens the ruling CCP more than the prospect of an uncontrolled Internet having a similar outcome in China.

In the executive summary of her report, Chang writes that “China’s foreign policy behavior, including its cyberactivity, is driven primarily by the domestic political imperative to protect the longevity of the Chinese Communist Party (CCP).” Zuckerberg’s courting of Lu only supports Chinese protectionism, Chang says at SFGate:

Why was Zuckerberg’s gesture toward Lu especially concerning? Because China is actively promoting a counter-narrative to the traditional Western notion of an open, free, networked society. China, and in particular Lu, have been proposing the concept of sovereignty in cyberspace, implying China’s ability to control its own Internet, censor information that may threaten the regime, and administer Web traffic within its own borders. China has employed this language in state-sponsored media, in government white papers, in U.N. meetings, and in literature distributed at Internet governance conferences.

The message conveyed in these efforts is the antithesis of what Silicon Valley stands for. In the past several years, companies have stood up for its principles of free access to information and freedom from censorship and monitoring. In early 2010, Google said it would stop censoring Internet search results in China and subsequently ceased search services in the country.

[…] While Facebook’s mission is to make the world more open and connected, the company should have had the foresight to understand how Lu’s visit to Silicon Valley — and Zuckerberg’s gesture in particular — would provide fodder for promoting China’s model of Internet governance. [Source]

China may never export Internet governance to the U.S., but it is increasingly spreading its message—and its digital reach—to other countries. Baidu launched Busca, a Portuguese-language search engine, in Brazil this July. Busca does not block sensitive keywords like “Falun Gong,” but results may be filtered. Naspers, a media and Internet giant with a “near-monopoly on satellite TV” in its home country of South Africa, owns a 34% stake in Tencent, leading to concerns that Chinese censorship practices could affect media consumers in the country.

Rebecca MacKinnon addresses the problem of a Balkanized Internet in her 2012 book Consent of the Networked.

Update (12/17 10:50 a.m. EST): William Farris’ findings on Busca filtering search results, cited in the Internet Monitor article linked to above, has been discredited.