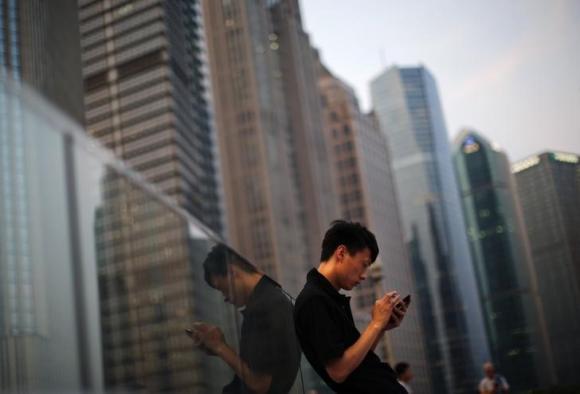 According to China Internet Network Information Center, the number of Chinese Internet users logging on to social media websites declined by 7.4% percent in the first half of 2014 amid a year of slow Internet usage growth. The fall in microblogging comes amid an ongoing government crackdown on social media sites that has included the detainment of “Big V” microbloggers such as Charles Xue and the implementation of a regulation stipulating jail time for users who spread online rumors. Dexter Roberts at Bloomberg Businessweek reports:

China is still the country with the world’s largest number of Internet users—by a long shot, too—but the days of super-charged online growth look to be over. The total number of Internet users grew to 632 million over the last six months, through the end of June. That 2.3 percent gain marks the slowest pace in eight years, according to the latest survey by the state-backed China Internet Network Information Center.

Particularly striking was the drop-off in social media users. As Chinese authorities stage a crackdown on “rumor mongering”—seen in many cases as a thinly veiled effort to squelch political and other kinds of verboten speech—the number of people visiting social websites dropped by 20.4 million, or 7.4 percent, to 257 million.

A judicial interpretation issued in September 2013 made the online transmission of rumors that are false or defamatory punishable by up to three years in prison and the loss of political rights. Chinese authorities have accordingly jailed a number of people and have shuttered user accounts alleged to have shared sensitive information on Weibo (SINA), a Twitter (TWTR)-like service, as well as on instant-messaging service Wechat (700:HK). [Source]

For the first time, more Chinese are now accessing the Internet from smartphones instead of laptops and personal computers. From Reuters:

The number of China’s internet users going online with a mobile device – such as a smartphone or tablet – has overtaken those doing so with a personal computer (PC) for the first time, said the official China Internet Network Information Center (CNNIC) on Monday.

[…] The increase in internet users was mainly driven by mobile, which grew 5.4 percent from the 500 million users at the end of 2013. The number of mobile shoppers surged 42 percent from December through June.
[…] Other online mobile services with rapid growth from the end of 2013 include music, video, gaming, search, and group-buying, all of which experienced double-digit increases. [Source]

At the South China Morning Post, Nectar Gan reports that activists are worried that the growing popularity of mobile services could prompt the government to tighten controls over smartphone applications. In May, Beijing launched a month-long crackdown on the popular mobile messaging app WeChat.

As mobile phones become the most widely used devices for internet access across the mainland, rights activists have expressed concerns that online censorship may spill over onto mobile web applications.

[…] Many believe that mobile instant-messaging services provide better privacy and cause less trouble from censorship compared with social media websites like Weibo. However, activists warned that as these instant messengers gain in popularity, the threat of being censored also increases. “Many rights activists’ accounts [on WeChat] have been deactivated, including mine, which has been blocked since the end of May,” said Teng Biao, a human rights lawyer and activist. He said other forms of censorship include banning uploading on Moments, a feature of WeChat that allows status and photo sharing among friends.  […] “It [the government] won’t loosen its grip on websites and Weibo … and it will enhance its censorship on instant-messaging applications on mobile phones,” he said. [Source]

With the increase in mobile Internet usage, officials announced on Tuesday that smartphone apps containing pornographic content will be targeted as part of the government’s ongoing campaign to “clean the Internet.” NBC news reports:

China will crack down on smartphone apps featuring pornography and obscene content, the government said on Tuesday, the latest move in an official campaign to ‘clean the Internet’. The ruling Communist Party has since last year intensified a campaign against what it calls ‘rumors’ and ‘pornography’ online due to their harmful effect on the country. Critics, however, say the crack down aims to quash anti-government discourse. The anti-porn campaign targeting mobile apps will encourage companies to remove the offensive material themselves, the Ministry of Industry and Information Technology (MIIT) on its website […] [Source]

As mentioned above, China’s breakneck Internet penetration growth rate slowed in the first half of 2014. Of China’s 632 million Internet users (as of last month), 14.4 million came online since January—the lowest six-month growth period in eight years. As growth slows domestically, Chinese Internet companies are starting to look abroad. Over the weekend and coinciding with President Xi Jinping’s visit to the country, Chinese Internet giant Baidu expanded to Brazil with the launch of the Portuguese-language search platform Baidu Busca. Following the launch, a Xinhua commentary urged more Internet companies to compete abroad.