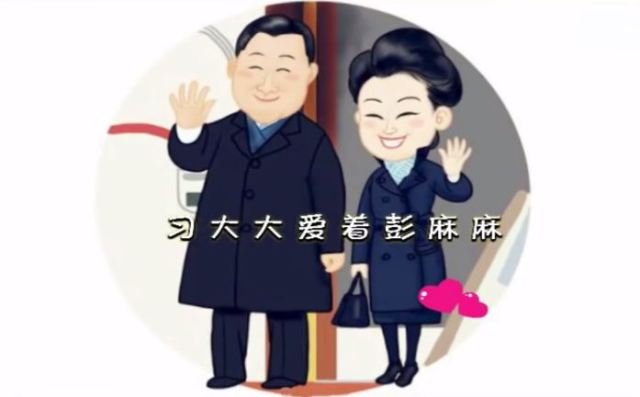 At Quartz, Lily Kuo and Zheping Huang compile a list of this year’s most symbolic Chinese Internet memes that capture “the country’s hopes and fears.”

The term gives Xi an air of accessibility—something he’s been going for since the beginning of his tenure as head of the Chinese communist party—but also a kind of paternalistic authority. ‘‘‘Uncle’ or ‘Daddy’ Xi,’’ after all, portrays him as something of a patriarch of the Chinese people, just as the emperor in imperial times was regarded as ‘father and mother of the people,’’Daniel Gardner, a history professor at Smith College in Massachusetts, told the New York Timesblog Sinosphere.

When China pulled out all the stops to ensure that leaders attending the the Asia-Pacific Economic Co-operation summit last month in Beijing would enjoy clear skies, Beijing residents criticized the effort, seeing it as evidence that Chinese officials have the capability to clean up the city’s noxious air pollution, but lack the will except when world leaders come to town. APEC has a new meaning among Chinese netizens: “Air Pollution Eventually Controlled.”

Now “APEC蓝” or “APEC blue” is used to symbolize the government’s unwillingness to do things for its own people, with a secondary meaning as anything that is beautiful but ephemeral. One Weibo user explained the term this way: “He’s not really that into you. It’s just an APEC blue.” Beijing smog, on the other hand, refers to something unattractive but long-lasting. “He is so into you. It’s like a Beijing smog on a Saturday in December,” the blogger wrote. [Source]