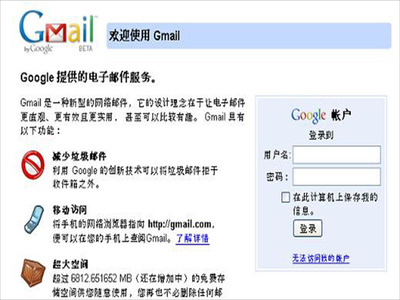 After what appeared to be a shutdown of Google’s Gmail service from inside China, even from third party applications, access has now been at least partially restored for some users. While no official explanation has been provided for the blockade, Global Times has speculated that Google itself must be to blame, AFP reports:

“The issue at heart is to what extent Google is willing to obey Chinese law, on which China’s attitude is steadfast,” said the Global Times, which is close to the Communist party.

Access problems could be “caused by the China side, by Google itself or a combination of the two”, it added.

A Google spokesman said on Monday that an internal check had found “nothing wrong on our end”.

If China did block Gmail, the Global Times said, it “must have been prompted by newly emerged security reasons” and users should “accept the reality”. [Source]

The Global Times comments are reminiscent of statements made by President Xi Jinping during a press conference with President Barack Obama in November. When asked about why certain foreign journalists had been denied visas to work in China, Xi implied that the journalists themselves were to blame, and that, “When a car breaks down on the road, perhaps we need to get off the car and see where the problem lies.”